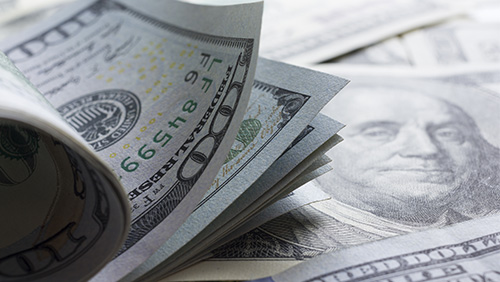 Danny Tang becomes the second player from Hong Kong to win a World Series of Poker bracelet after taking down the $50,000 Final Fifty event for $1.6m.

If there was ever a time when Danny Tang was a prisoner at this or that level in poker, you sense that he’s found the key.

In May, Tang made two final tables in the Triton Poker Super High Roller Series, and when you do that, you’re winning money that makes you want to walk into a wide open baseball field and scream.

Tang skipped away from Montenegro with $2m in gross profit, $1.7m of which came after finishing runner-up to Bryn Kenney in the HKD1m No-Limit Hold’em Main Event.

I spoke to Tang not long after that win and found quiet confidence that was about to spark into some serious results. Here was a man who had an assuredness about his game, created by the people he hung around with, and as the World Series of Poker (WSOP) charges towards the finishing line, Tang has continued to march on with the best result of his career.

The WSOP added Event #90: $50,000 Final Fifty to the schedule at the request of the high roller fraternity who felt the first $50k event took place too early in the series.

The second $50k event attracted 13 more people than when Ben Heath won $1.48m, and Tang became the second player from Hong Kong to win a bracelet after beating the lot.

Let’s find out how he did it.

With blinds at 125k/250k/250k, Ali Imsirovic moved all-in from the cutoff for 830k, and Brandon Adams made the call from the big blind. Imsirovic was ahead with A8>Q5, but Adams overtook him after rivering a two-pair hand.

In the same level, Keith Tilston moved all-in from the first position for 1.18m, and Adrian Mateos moved all-in for 4.51m in the cutoff. Once everyone had folded, the Spaniards’ pocket kings reached for the utensils and proceeded to eat Tilston’s Th8h alive.

With blinds at 150k/300k/300k, the action folded to Mateos in the small blind, and he moved all-in for 2.85m. Adams called from the big blind and his QdJc beat Jc8c in a five card sprint.

After a period of play that saw Danny Tang begin to run away with things, we reached Level 27 and blinds of 250k/500k/500k, when Tang took out Adams in a button v big blind hand that saw AhQd dominate AcJc.

The elimination of Adams gave Tang 30.6m in chips with Sam Soverel (5.1m) and Michael Addamo (1.3m) playing catch up, and the situation worsened for Tang’s opponents when the man from Hong Kong eliminated Addamo in third after Kd9d beat Kh5d when all-in pre-flop to give Tang a 31.9m versus 5.1m chip lead over Soverel.

Soverel made a fist of things when he doubled up AhTs>Qh3h, but it was only a brief respite before the pair got it in again, in a perfect ending to a $100k tournament.

With blinds at 300k/600k/600k, Soverel moved all-in for 11.2m, and Tsang made the call. Soverel was behind with Ac3h facing AhJh. The TsTc5d didn’t change things, but the 3c on the turn gave Soverel the lead. Tang looked sick, but his cheeks soon pulled his lips into the air when the Ad landed on the river to provide Tang with the same two-pair hand with a stronger kicker.

The win is Tang’s ninth, and he has now earned $6.3m playing live tournaments, good enough for second in the Hong Kong All-Time Money List.