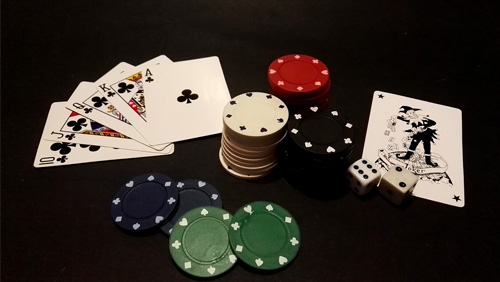 Ben Heath began the final table of the 50th Annual High Roller $50,000 No-Limit Hold’em final table as the only person yet to experience the electrical surge that accompanies a World Series of Poker (WSOP) bracelet win. Touch him, go on, you’ll blow a fuse.

Heath was the last man seated at a final table that erupted into controversy when Sam Soverel mucked out of turn in a critical hand that saw Heath consign Dmitry Yurasov to fourth. It’s a move that’s led to a vigorous debate on poker’s grapevine as to the legitimacy of Soverel’s intentions with some star quarterbacks suggesting the WSOP ban him for a year – more on that later.

Heath defeated Andrew Lichtenberger, heads-up, to win the $1.48m first prize. The victory was Heath’s fourth of his career and his first since January 2017. All told, Heath has earned $4,531,448 in live earnings and has picked up some decent results in 2019 including finishing 4/58 in a €50,000 at the European Poker Tour (EPT) in Monte Carlo, and 7/521 in the recent partypoker MILLIONS North America in Quebec, Canada.

If you’re going to win a $50k, you’re going to have to do it the hard way, and this was no exception. Lichtenberger finished 3/1001 in December’s WPT Five Diamond World Poker Classic, Soverel is the reigning Poker Central High Roller Player of the Year, Yurasov won the tough as cowboy boots 332-entrant $10,000 No-Limit Hold’em 6-Handed Championship at the 2017 WSOP, Nick Petrangelo smashed through the glass box to win the bracelet in last year’s $100k, and Chance Kornuth is a two-time bracelet winner.

Heath told PokerNews after his win that when he was younger, he was happy to pick up the second place finishes because he could avoid the attention. So how does Heath feel now the spotlight is centred on him?

“It feels a lot better than I thought it would.”

The event attracted 110-entrants and coursed through three days of action.

Let’s take a look at the stockings and suspenders of this thing.

The first player eliminated was Chance Kornuth when at blinds of 60k/120k/120k, he moved all-in for 670,000 in the cutoff, and Andrew Lichtenberger called and won from the big blind after his AcQd dominated Qh5h.

Lichtenberger moved up the gears, sliding from the last position to first.

Then we lost Yurasov in a hand that’s still the main topic of discussion on poker’s little corner of Twitter.

With blinds at 100k/200k/200k, Soverel opened to 400,000 from under the gun, Yurasov moved all-in for 4,930,000, and when the action folded to Heath in the big blind, he asked Soverel for a count. Soverel responded, and Heath began weighing up his options before tossing a time bank chip into the middle, which prompted Soverel to check his cards before also mucking out of turn. Soverel immediately realised his mistake, and began to apologuse; Heath called, and when Yurasov saw his AdTd was behind AhQh, he flew out of his chair and began remonstrating with his rail. Heath’s hand held, allowing Yurasov to continue talking to his rail for the rest of the night.

Heath would later tell the press that he was calling irrespective of Soverel’s actions, but it’s a moot point according to Isaac Haxton who immediately posted this accusatory tweet.

If this is reported accurately, anything less than disqualification and fourth place money for Sam is insufficient. You absolutely can't let people get away with shit like this at the final table of a $50k. @wsophttps://t.co/E2D3CS3xTb

The conversation continued with Haxton casting aspersions on Soverel’s character by stating, “I am 99% certain it was intentional,” and “I’ve never seen anything this egregious before, but yeah he certainly has a reputation for getting lost on his way to a new table if he’s about to be big blind, mucking losers in mandatory showdown AI spots, demanding new setups as a stalling tactic, etc.”

Whether it was an angle or not, Soverel’s tournament didn’t last much longer before he hit the rail. With blinds at 125k/250k/250k, Heath opened to 575,000 from the first position, Soverel three-bet to 1,500,000, and after Lichtenberger folded, Heath called and eliminated Soverel when AdKs dodged a flush draw on the flop to beat Qs9h6h.

Lichtenberger took a slight lead at one point during proceedings, but Heath would retake it before coolering the Las Vegas pro when his AcJs flopped a jack when all-in pre-flop against the AdKh of Lichtenberger to earn Heath his first bracelet.

Three other stars of the game still staring through the peephole at the bracelet deep into this thing were Elio Fox (7th), Cary Katz (8th) and David Einhorn (9th).

The first of nine online bracelet event attracted 2,825-entrants (inc. 860 rebuys), and Phil Hellmuth Jr., showed the poker world that he can still find his way around a keyboard and mouse, finishing fifth.

Here are the final table results in that one.