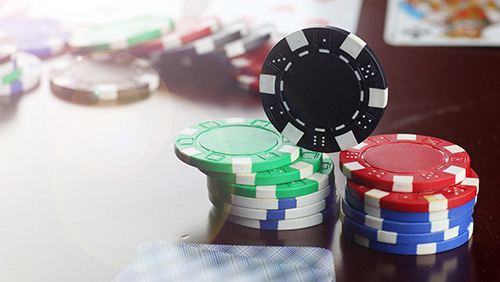 Our daily review from the 50th Anniversary of the World Series of Poker and it’s a first cash and bracelet for Derek McMaster in Event #4: $1,500 Omaha Hi-Lo 8-or-Better.

Can you remember the first time you tried to fix a puncture, danced in a nightclub or made a clay ashtray for your mum?

One doubts you were perfect.

Not the first time.

McMaster was one of the 853-entrants to compete in Event #4: $1,500 Omaha Hi-Lo 8-or-Better. Having never cashed in a WSOP event, as he passed his money to the cashier in the Rio, he wasn’t expecting to see it again.

It’s McMaster’s second live tournament win, both in derivatives of Omaha, and his bounty surpasses the personal best of $20,988 he earned back in 2009 for finishing 3/117 in the 2009 Great Minnesota Freezeout in the Canterbury Card Club.

It was a stellar final table with the partypoker ambassador, Patrick Leonard, hoping to add a victory to his side event win at the recent MILLIONS South America event. John Esposito and David Halpern were in the hunt for bracelet #2, and last year’s WSOP Player of the Year, Ben Yu, was also hoping to avoid an errant stick in the spokes of his wheel.

Then you had the two stalwarts.

Tom McCormick was making his 15th WSOP final table, and Shannon Shorr took a seat for the 9th time. How frustrating it must be for people to exert so much time, money and sweat only to see someone rock up and take what they yearn for at the first attempt.

None of them reached the end zone.

The first online event of the series – Event #7: $400 WSOP.com No-Limit Hold’em attracted 1,965 entrants, and they are currently playing down to a winner. Phil Hellmuth remains in the hunt for bracelet #16 in that one.

Here are the chip counts in that one.