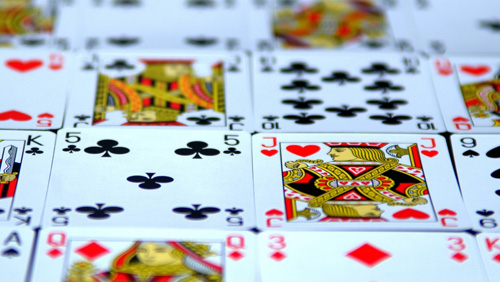 The first of many reports from the 50th anniversary World Series of Poker covering victories for Brian Green and Nicholas Haynes in the opening two events.

Ali Imsirovic is losing it.

For the third time in succession, the 2018 Global Poker Awards (APA) Breakout Player of the Year and reigning Poker Master has lost a live tournament at the heads-up stage.

Poker loving kids have begun spraying walls with graffiti explaining how the man is all washed up.

Don’t give up on him yet.

The latest player to beat Imsirovic, heads-up, was Brian Green, who recorded only his second-ever win, and his first gold bracelet. Green has now earned more than $3.3m in live tournament earnings.

It was his fourth WSOP final table.

Event #2: $10,000 No-Limit Hold’em Super Turbo Bounty attracted 204-runners, and the final table was a cracker. Daniel Negreanu was making his first appearance since divorcing PokerStars and marrying Amanda Leatherman. Loren Klein returned with his Donald Trump baseball cap in a bid to win his fourth WSOP bracelet in successive seasons, WPT Champ, Asher Conniff, came in on the back of a 607-entrant WSOPC Main Event win in Bally’s Casino. Then you had Imsirovic, a beast that has made 13 final tables in 2019 with all but one of the coming in buy-ins greater than $10,000.

Brian Green doubled through Loren Klein after Klein put him all-in from the small blind, and Green called from the big – KhJs beat 4s3s.

Klein then doubled up Ping Liu before recovering to eliminate Daniel Negreanu in sixth position. With blinds at 60k/120k/120k Negreanu moved all-in on the button for 815,000, holding AdTs, and Klein called and won with QdJh from the big blind. It was Negreanu’s 111th WSOP ITM finish.

Green then doubled through Ali Imsirovic when he moved all-in for ten big blinds holding Kc7d in the small blind, and it beat the AcJs of Imsirovic in the big blind, turning a second king.

Klein then eliminated his second player at the final table.

With blinds at 60k/120k/120k, Ping Liu moved all-in for 1,150,000 in the small blind, holding JsTs, and Klein called and won holding AdTd in the next seat, and what a hand it was. Liu flopped a straight, only for Klein to turn a better straight.

With blinds at 80k/160k/160k, Imsirovic enacted revenge on Green doubling with Kc3d>KsJh after flopping a three, and then the Poker Master doubled through Klein QsJs>Ah9s. Klein flopped an ace, but Imsirovic rivered a Broadway straight.

After eliminating the first two players, Klein became the third casualty of this particular war when with blinds at 100k/200k/200k, Klein called a shove from Asher Conniff holding Ac9s, and it wasn’t strong enough to handle the power of AhQh.

Conniff then fell to Green to set up a heads-up encounter against Imsirovic. Green, who had become the runaway chip leader at this point, raised enough to put both of his opponents all-in, and Conniff called with Ad9d. Green turned over KdQc and flopped a second king.

Green extended his lead before Imsirovic doubled when Qh9s outflopped AsJd. Then with blinds at 125k/250k/250k, Green moved all-in from the button holding Ad9h, and Imsirovic had an easy call to make with pocket kings, only for Green to flop and river trip nines to take the title.

What better way of learning the ropes than dealing for the world’s greatest players at the ARIA, and that’s the education bestowed upon Nicholas Haynes, and he used it to significant effect, taking down Event #1: $500 Casino Employees.

Haynes defeated the WSOP Media Director, Isaac Hanson, heads-up, to win his first-ever title. The Michigan-born dealer had only ever cashed three times before his milestone moment.