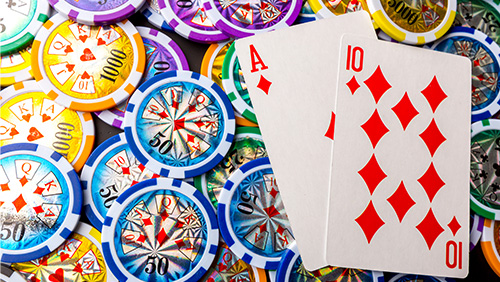 Two World Series of Poker Circuit Main Event wins to catch up on including Asher Conniff winning in Bally’s, and Adam Cedric winning in St. Maartens.

The $1,700 buy-in event attracted 607-entrants, creating a $919,605 prizepool, and the 30-year-old from Brooklyn, New York banked $193,147 for the win. It’s Conniff’s third highest score, with the other two coming in a crazy May 2015 run that saw him win two tournaments for over a combined million bucks, including that WPT title.

Conniff came into the final day as the chip leader, and by the time he rolled into the final table, he was in esteemed company. Fellow WPT Champions Club member, Justin Young, finished third, Stan Lee followed up his gold ring win in the 492-entrant $400 buy-in, $100k GTD No-Limit Hold’em Multi-Flight with a ninth-place finish, and the UK’s Simon Deadman placed seventh.

Conniff overcame Joshua Suyat, heads-up, to capture his 7th career win and his first since that incredible run in 2015.

Three other stars who earned enough money to give the bartender a tip were Jesse Sylvia (16th), Ryan Olisar (26th) and Tony Dunst (27th).

The WPT Raw Deal host, Tony Dunst, who had a decent run in that Bally’s event, earned his place in the WPT Champions Club after winning WPT Caribbean in Season XII, and this week the brand was back on the beautiful island of St. Maarten for a WSOPC event.

The winner was another familiar face after Cedric Adam stopped Michael Lech from winning his sixth gold ring, beating the American in heads-up competition to capture the $67,000 first prize.

Adam is the son of Jean-Luc, who won a gold ring at the same venue in 2016 when he defeated a field of 104-entrants in a $365 No-Limit Hold’em Bounty tournament.

Adam junior wins a seat in the Global Casino Championships, and joining him for a shot at the bracelet is Luca Sebastiani who won the Casino Champion award for his two gold ring wins, and tenth-placed finish in the Main Event.

The win was Adams’s second of his career, and his personal best score, after winning a 94-entrant $220 buy-in event in the St. Maarten Open back in 2011.