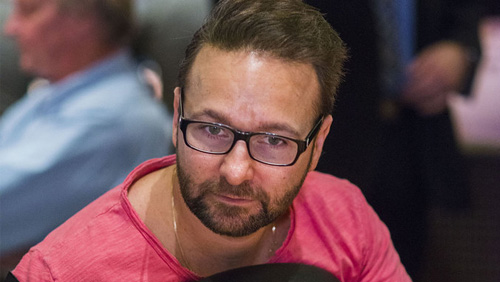 Daniel Negreanu leaves PokerStars after 12 years of service, and his World Series of Poker package online sale springs a leak.

I went to a posh restaurant the other day. Heaney’s in Cardiff; the type of place where vegans pay £8 for a couple of carrots served with a fancy jus. The waiter brought out bread and Marmite butter for something to do as we waited for our carrots to roast, and it was the nuts.

Talking about carrot crunching and Marmite, Daniel Negreanu recently announced the severing of his partnership with PokerStars. The pair have played the Adam and Eve roles for the past 12 years, where both have been a catalyst for bigger and better things.

I’m one of those people who veers more towards the ‘love’ end of the Daniel Negreanu Marmite spectrum. In our run-ins, he’s always treated me like an equal, given me as much time as he can muster and had the emotional intelligence and vulnerability to do his part to create something worthy of an audience.

Kid Poker’s relationship with PokerStars was unique, the likes of which you won’t see again. Something I admire about Negreanu (and PokerStars) is where, paradoxically, those veering towards the ‘hate’ end of the scale like to point a finger or two.

Negreanu is one to speak his mind, and his contractual obligations with Stars never prevent him from doing this. Stars trusted their senior spokesperson to do the right thing and 99.9% of the time he did.

His detractors want you to believe that Negreanu played the role of Pinocchio and Stars that of Gepeto, but I’ve never felt that. Negreanu’s defence of his employers circa the Supernova Elite debacle came from the heart and the head. He believed every word that came out of his mouth, and PokerStars scripted none of it.

With Negreanu a free agent, I suspect everyone will grow to learn this truth, as he continues to share his opinion on topics that most others would prefer to dodge for fear of the very recriminations they are quick to cast upon the man who has done more for this game than most.

During his time with PokerStars, Negreanu became the All-Time Live Tournament Money Earner, was honoured as The Global Poker Index Player of the Decade, and sworn into The Poker Hall of Fame.

In a brief video released on Twitter, Negreanu spoke of his fondness for PokerStars and some of the people he has worked with before referencing his recent marriage to Amanda Leatherman, and the art of baby making as the primaries reasons for his change of focus.

In the aftermath of the poker communities tit for tat over the addition of markup to World Series of Poker (WSOP) packages, Negreanu announced plans to sell three WSOP packages without markup, but his attempts at giving his loyal fans the ultimate sweat backfired.

Negreanu’s team set up a website to control the influx, and at first glance, it seemed that all was rosy in his Las Vegas garden with all packages sold out within 30-minutes.

All packages are sold in 30 minutes!

Thank you all for the support!

I promise to take every event seriously and give it my best effort all summer long.

Then after people began tweeting for clarification on validity of bought and sold packages, Negreanu tweeted this bombshell.

Working on a major problem.

I have some awful news:

There was a software glitch on the new server.

I’m going to cover the $60k in fees if necessary.

Many of you will get a full refund.

You would have thought this would have lit the fuse on a glut of angry responses, but not so. Negreanu apologised for the mess, his tribe quickly forgave him, and the man is currently in the process of refunding those affected, and trying to figure out a way to provide them with some VIP treatment in the future. The only problem being a delay in that baby making stuff we spoke about earlier.

For all of you who will be getting a full refund, as I said I will handle fees, I’m going to make sure all of you have a chance at pieces in some one off events and even WSOP next year.

We are likely going to be able to get everyone who didn’t make the cut a full refund today with fees covered.

We are doing our best!

Working on an idea that should hopefully make those that were shut out really happy about it!

I just need to figure out if it’s doable (I think it is) and then you guys will all get VIP treatment for your inconvenience.

Poker in Print: Kill Everyone (2007)
Paul Seaton
2 hours Ago

Is Jungleman leaving poker behind?
Paul Seaton
20 hours Ago