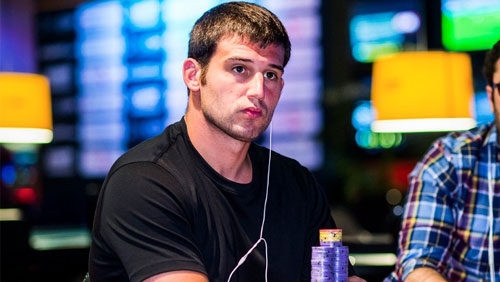 A fellow poker player has robbed the home of Darren Elias, holding a 19-year-old babysitter at gunpoint while she cared for Elias’s two-year-old child.

The New Jersey home of Darren Elias doesn’t feel like home to the Elias family this morning.

On Thursday, 24-year-old, Shannon Soroka from Philadelphia, allegedly forced his way into Elias’s family home, put a gun in the back of a 19-year-old babysitter, and demanded she shows him where Elias keeps his money and valuables.

Elias and his wife were out at the time of the burglary.

The babysitter minded their two-year-old child.

It transpires that Soroka is also a poker player with $37,745 in live career earnings, including a couple of small wins in the Parx Casino, Bensalem, and a victory in a World Poker Tour (WPT) side event.

Elias is the most successful WPT Main Event winner of all time, with four titles under his belt. In January, he won the $25,000 High Roller at the WPT Gardens Poker Championships for $192,500, and earlier this month, Elias finished third in the WPT LAPC Main Event earning another $473,280.

It seems his success, and the $7m in live tournament wins attributed to Elias on The Hendon Mob brought him the unwanted attention, and it’s something that more poker players should begin thinking about given that this is not an isolated case.

In 2011, the World Series of Poker (WSOP) Main Event winner, Jonathan Duhamel, was robbed and beaten at his home in Canada, and a year later, Theo Jorgensen was shot in the leg during a robbery at his home in Denmark.

Reports allege that Soroka didn’t harm the babysitter or Elias’s child during the robbery, but who knows how the incident will affect the babysitter psychologically.

And this isn’t the first time that fiends have targeted Elias’s home. According to nbcphiladelphia.com, Elias told reporters that his home had been targeted twice this week.

“It’s incredibly scary for me and my family,” Elias told NBC10 reporters. “It was an awful feeling.”

Soroka is currently holed up in Burlington County Jail in Mount Holly, New Jersey. On Friday, the beak charged him with robbery, aggravated assault, making terroristic threats, unlawful possession of a weapon, criminal mischief and a variety of other misdemeanours.