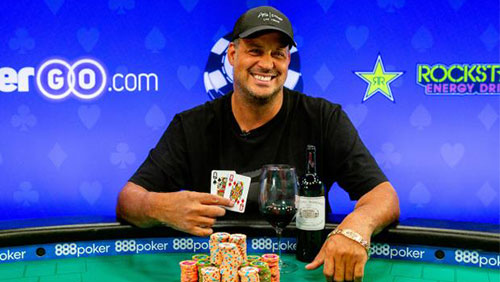 Another round-up from the World Series of Poker as Jean-Robert Bellande wins his first bracelet (in No-Limit Hold’em!), and online bracelets are doled out to Chance Kornuth and Ryan Tosoc.

Jean-Robert Bellande walks into the room. A bat, the size of a seagull, flies around the rafters looking for the moon. Nobody cares. The big man is here. High fives, a few hugs, and I walk over, stretch my hand out and ask him for an interview.

“Not right now kid, I have a cash game waiting for me. Maybe later.”

I caught him a few days later, at the end of a long massage. I could still s

mell the frankincense, and as the sun died spectacularly across the Adriatic Coast, he opened up.

For some, JRB is a joke.

For others, JRB is an integral part of the poker scene.

Throw your sticks and stones, any man who has Kevin Hart on speed dial is a man worth knowing.

We spoke for a good hour where he was very humble about his position in the game when it came to competing against the very best. So humble, that when I learned he had won a bracelet in a $5,000 No-Limit Hold’em Six-Handed event, I wasn’t shocked to learn that he was more shocked than me.

“I know I’m way behind the top-level players in that game {NLHE},” Bellande told PokerNews after his win. “I would never ever dream my first bracelet would be in No-Limit Hold’em.”

Bellande can play poker, but he’s so busy creating the games he doesn’t have the time to work on being the best in those games. Saying that twice he has come within a river or two of a bracelet win, most notably in 2015 when he finished runner-up to Mike Gorodinsky in the $50,000 Poker Player’s Championship (PPC), an event he finished 12th in a few weeks ago.

Bellande was the standout name at the final table. Although Eric Blair deserves a special shout out after finishing fifth, a few weeks shy of a third-place finish in the nine-handed version of this event for $228,387.

Bellande entered the heads-up phase with a 2:1 chip lead over Dean Lyall. Bellande called the whole affair one hell of a match as the lead exchanged hands several times before Bellande was able to close QQ>A3 after winning nine hands on the tamp.

And he did it all while sipping a $400 bottle of poison.

Ten years ago, when Chance Kornuth won his first bracelet topping the field in a $5k Pot-Limit Omaha event, he would have laughed had you told him he would earn his second a decade later while playing in his underpants.

There were a few interesting characters on the final table including the partypoker MILLIONS North America winner Taylor Black, WSOP bracelet winner Justin Liberto and the WPT Asia Player of the Year Pete Chen.

But it was David Goodman who pestered Kornuth until the bitter end. Kornuth took a 5:1 chip lead into a heads-up skirmish that lasted less than 15-minutes, to capture his record online investment.

63 virtual avatars also got a piece of the pie including the $10m man Chris Hunichen (10th), the excellent Joe Kuether (13th) and the WSOP Player of the Year leader, John Hennigan (16th). 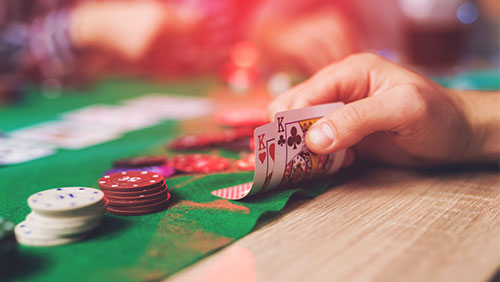 From 12 hours to 16 hours and Ryan Tosoc has also won a bracelet playing online this week. Tosoc beat 1,635 entrants (1,180 unique, 455 re-entries) to win the $1,000 Online No-Limit Hold’em Championship within that extended timeframe.

Tosoc is rocking at the moment.

The online event was his second final table after finishing sixth in the $25,000 Pot-Limit Omaha High Roller. He also finished fifth in a $10,500 PLO at the ARIA recently. In December, he won close to $2m at the World Poker Tour (WPT) Five Diamond World Poker Classic a year after earning $1.1m for finishing second in the same event.

180 players can move out of their cardboard boxes after cashing in this one including Eric Baldwin (17th), Steve Gross (19th) and Shannon Shorr (24th).