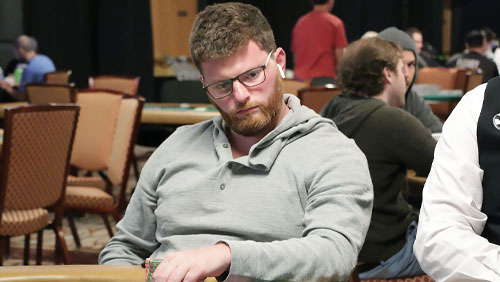 You have a choice as a poker player. Pull off your shirt and drag your skinny ego underneath the glare of the cracking bulbs, or hide in the shadows.

Maybe they all have.

“If I had it my way every final table would be in the back corner of the room!” Petrangelo told a PokerNews reporter after beating Elio Fox, heads-up, to win Event #5: $100,000 No-Limit Hold’em High Roller.

The high roller stratum consists of people who prefer solitude over salaciousness. And it makes sense. Once you reach the treetops, there is no reason to release your song. Skill and luck have taken care of your personal brand. The birds will still fly.

It was the first time the World Series of Poker (WSOP) has held an event as high as $100,000 unaffiliated from the One Drop Foundation. The numbers show there are more than enough troopers willing to pull the thorns off vines and stick them on noses with spit so they can become the rhinos of the poker world.

Elio Fox came into the event on an acid trip of a high, winning the $10,000 No-Limit Hold’em Super Turbo Bounty barely a wet dream apart from the $100,000 kickoff. Once he ended Day 1 as the chip lead, you sensed a third bracelet was busting a gut to hop onto his wrist.

And then came Petrangelo, also in fine fettle after finishing the Super High Roller Bowl (SHRB) in sixth for $900,000. Petrangelo took command on Day 2, kept in during a low-key Day 3, and eventually locked horns with Fox in the final flurry of activity.

But before we get to the endgame, let’s give you a rocket like rundown on what happened up to that point.

The first man who heard the gun was Andreas Eiler, racing into contention with some aggressive early play. Then the Fox came out of his bolthole and gathered up a few pots to take the lead before coming forehead to forehead with Petrangelo in the first of their many Day 4 tussles.

Petrangelo made up the difference from the small blind, and Fox checked in the large. The flop rained down 8c7c3h, Petrangelo bet 200,000 and Fox made the call. The turn was the 2c, Petrangelo bet 700,000, and Fox raised to 2m; Petrangelo called. The river was the 7d, Petrangelo checked, Fox bet 3m and Petrangelo quickly called. Fox showed 5c4s for the missed straight draw, and Petrangelo showed Qc4c, for the flush and took a decisive chip lead.

Then we had our first elimination.

Stephen Chidwick raised to 2m from the button (leaving peanuts behind), Aymon Hata put him all-in, and Chidwick called. It was bad news brown for Chidwick who turned over Q6ss, only to see Hata turn over the dominating AsQc. The GPI #1 was out not long after.

Bryn Kenney was next to go. The New Yorker stumbled along until he reached the 10bb point and put it in with pocket fours. Fox fancied dancing with his Kjo and rivered a King to send the GGPoker ambassador to the rusty rail, $646,927 the richer.

Then we lost the third biggest stack in the competition, leaving Petrangelo with the monopoly on proceedings.

Petrangelo opened to 500,000 in position, and Andreas Eiler defended out of the big blind. The dealer burned and turned JsJc6s. Petrangelo bet 400,000, Eiler check-raised to 1.3m, and Petrangelo made the call. The turn was the 4c; Eiler bet 2.2m; Petrangelo called. The river was the 7h; Eiler checked, Petrangelo moved all-in, giving Eiler a decision for all of his monty, and the German made the call. Petrangelo had flopped a boat holding pocket sixes, and Eiler showed KJ for trip jacks.

We didn’t have to wait too long to find out whose bank account it would be.

Aymon Hata opened to 550,000 from the button, and Petrangelo the Panther called from the big blind. The kc8c5d flop came out of the deck, and both players tapped the felt. The 6s turned up on fourth-street looking all starry like, Petrangelo bet 1.9m and Hata called. The final card to leave the deck was the 9s; Petrangelo put Hata all-in, and he made the call. Petrangelo showed K7dd for the straight, and Hata showed K3hh for top pair. Hata left with $1,247,230, his most significant score to date, and Petrangelo squared off against Fox with a 39.7m v 12.8m chip lead. 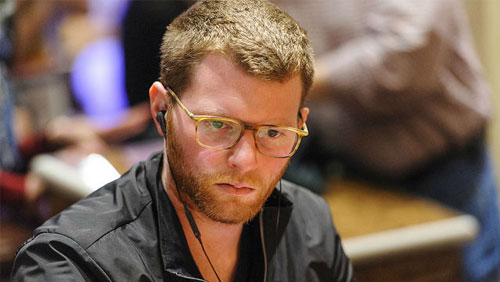 Despite the chip disadvantage, the grey-hooded Fox went about his business with snapping teeth taking the lead after a series of aggressive moves saw Petrangelo dumping his hands into the muck with the frequency of a kid doing the same into a jar of sweets.

Then a big moment.

With Fox’s bushy tail quickly disappearing in the distance, the pair got into a pre-flop raising war that ended up with all the battleships in the middle of the ocean with Fox holding pocket fives, and Petrangelo holding J3dd.

Fox was five cards away from bracelet #3.

I don’t know if the sucker punch winded Fox to the point that he couldn’t breathe, but it was all over in the very next hand.

Petrangelo breathed a sigh of relief.

It was time for bed.

“After a super intense week, it feels like a relief to be done more than anything,” Petrangelo told PokerNews in the aftermath of his win.

Petrangelo has now won $14.6m in live tournament earnings. The win was his ninth career victory and his second seven-figure score. It was his second career bracelet after winning a $3,000 Shootout event in 2015.

It is the biggest bag of cash he has ever won.

“Ultimately, I had sick cards.”