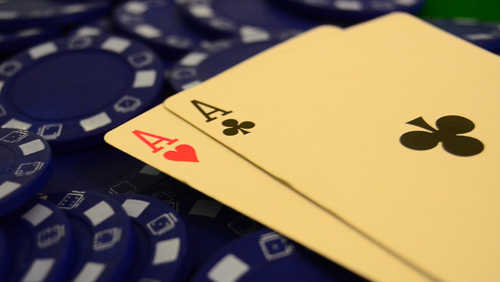 Daniel Negreanu came into the 50th Anniversary World Series of Poker (WSOP) hoping to set some records. He has, but not the kind he would have wanted.

Negreanu had to make do with the role of bridesmaid for the second time this series, and tenth when a bracelet has been on the line, after losing to Keith Tilston in the final duel of Event #83: $100,000 High Roller.

The event attracted 99 entrants, and by the time the final table of six had taken a pew, Tilston and Negreanu bookended the chip counts. It was a fabulous final table with 15 bracelets between them, and ironically, only Tilston sat without that thin tan line on his wrist.

With blinds at 125k/250k/250k, the action folded to the small blind, where Daniel Negreanu moved all-in for 2.65m, and Brandon Adams made the call from the big blind. The ace-jack of Adams dominated the king-jack of Negreanu, but a king on the flop gave the Canadian the double-up.

Then with blinds at 150k/300k/300k, Nick Schulman opened to 600k from early position, Negreanu moved all-in for 5.5m in position, Dominik Nitsche moved all-in with a covering stack from the small blind, and Schulman folded. Nitsche tabled jacks, but Negreanu was ahead, and won, with kings.

With blinds at 250k/500k/500k, Nitsche moved all-in for 3.45m from the small blind, and Kurganov called in the big blind. Nitsche was ahead with king-six versus queen-six, but a queen on the river sent the 888Poker Ambassador to the rail in sixth.

In the same level, Brandon Adams moved all-in for 6.375m on the button, and once again it was Kurganov taking in the role of executioner. Adams showed king-nine, and it wasn’t good enough as Kurganov’s ace-nine, ran the gauntlet of the five community cards to emerge the other side with a wheel.

Once again, in the same level, and this time, Negreanu moved all-in for 7.4m from the small blind, and for the third time in a row, Kurganov made the call. The Russian was ahead with ace-eight taking on KsQs, but Negreanu flopped a king to double-up through his former PokerStars pal.

By this time in the competition, Nick Schulman had taken a big chip lead.

Another double-double for Negreanu.

In the same level, Schulman moved all-in from the small blind, and Negreanu called from the large with an inferior stack. Schulman was ahead with king-ten facing queen-jack, but Negreanu hit two-pair on the flop to double up for the fourth time and move onto an even keel with Schulman.

Then with blinds at 400k/800k/800k, Schulman opened to 1.6m on the button and called when Negreanu moved all-in for 13m from the small blind. It was a flip with Schulman’s pocket sixes ahead of Ah9h, and a nine on the flop and an ace on the river gave Negreanu two-pairs, pulling him almost level with Tilston at the top of the chip counts, with Schulman surviving on chip dust.

In the next hand, Negreanu made it 1.6m from the button, Tilston called from the small blind, Schulman moved all-in from the big blind, and both players called to create a 1.325m side pot. Predictably, the action checked through a KcTcTs9s6d runout, and Negreanu took the chips and Schulman’s scalp with king-seven for two pairs.

Negreanu began heads-up with a 31.3m v 28.1m chip lead and stretched it to 42m v 17.4m after winning a series of small pots, before Tilston doubled into the lead when king-queen beat ace-deuce after the couple both flopped a pair, only for Tilston to turn two pairs.

The pair exchanged the lead twice more before the final hand came with blinds at 400k/800k/800k. Negreanu moved all-in for 12.6m and ace-deuce, and Tilston made the call with queen-jack. The 8c7h6h7s were clean for Negreanu, but the jack on the river consigned Negreanu to his tenth runner-up finish in a bracelet event (a record jointly held with Phil Hellmuth), and his second of the series, after losing to John Hennigan in the $10,000 Seven Card Stud Championship.

Tilston has now earned more than $6.4m playing live tournaments, and this was his fifth win, and first of the year. It was his second ITM finish at the series, after finishing sixth in the $50,000 High Roller.