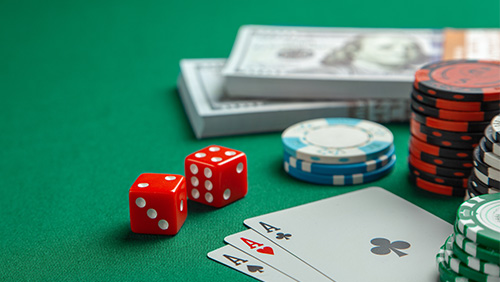 The 50th Anniversary World Series of Poker has smashed record after record with 24-events still to play including a 9% increase in attendance year-on-year.

The 50th Anniversary of the World Series of Poker (WSOP) has set the bar so high; they’re going to have to create a Fosbury Flop of Ostrich leg proportions to continue the uptick in Year #51.

The decks of 66-events have felt the thumbnail brush of 147,334-entrants, and with 24-events hanging on the border waiting to pass through passport control, it’s shattered the attendance record set last year by 19% (123,865). If you thought that was a violin screeching statistic then how about this – 147,334-entrants exceeds the first 36-years of the WSOP combined!

The WSOP’s decision to increase the number of sub-$1k buy-in events to a record high (one many of the pros despised like a blade to the gut), is the crucial reason that attendance figures are so high, and you would like to think that the bug will have bitten the new visitors tempted in by the lowest hanging fruit.

Nine events have created crowds in the 5k+ range with Event #3: $500 buy-in Big 50 No-Limit Hold’em breaking the live poker tournament attendance record with 28,371-entrants taking a shot, including Femi Fashakin who won the thing for $1,147,449. Fashakin is one of eight people who have won seven-figure scores at this year’s series, and that’s also a record.

South Korea became the 51st nation to win a gold bracelet when Jiyoung Kim took down the $1,000 Ladies Championship, and then Kim was at the rail when her compatriot, Sejin Park, became the second Korean to win a bracelet after taking down the COLOSSUS.

The one downer on these stats is the lack of female winners, with Kim being the only person with XX chromosomes to win a sliver of gold in this record-breaking year.