Over the next couple of years, as it is able to put its troubles further behind it and get on with normalizing its activities, Wynn Resorts believes it will see an impressive increase in its revenue. The casino operator, speaking at an annual analyst and investor day at its new 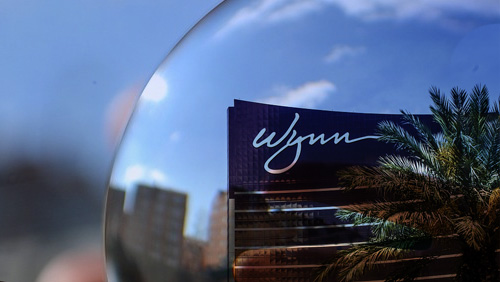 Encore Boston Harbor venue, asserts that it will be able to report a revenue increase of at least 22% within the next two years, and that its EBITDA (earnings before interest, taxes, depreciation and amortization) will increase by 28%.

The improved performance will come as Wynn gets back on track after the ouster of its founder and former CEO, Steve Wynn, and the subsequent $60-plus million in fines it had to pay. It also expects that its operations in its three primary locations—Las Vegas, Macau and Boston—will continue to increase, driving its revenue up.

Macau is an important market for the company. It provides around three-quarters of Wynn’s operating revenue, according to its filings for 2018, and an increase in VIP and mass market gambling in the city, coupled with a resolution in the U.S.-China trade war, will boost its operations in Macau.

In the U.S., Wynn’s Las Vegas operations will improve as the city begins to emerge from a quasi-reorganization designed to revamp and re-energize the gambling industry. With the NFL set to have its first Las Vegas team with the location of the Raiders from Oakland, California to Las Vegas next year, 2021 will be a hot season for gambling in Vegas.

As Encore Boston Harbor begins to turn into a major gambling destination in Massachusetts, it will prove to be a strong driver of revenue for Wynn. Gaming revenue in the area has climbed yearly, reaching $2.6 billion from April 2018 to March 2019, and this was before Encore opened. Now that it’s ready to go, Wynn expects Encore to capture a large chunk of the local gambling revenue. The venue offers 143 table games, 88 poker tables and 3,158 slot machines and is located within driving distance for around 5.6 million potential gamblers.

Wynn could also try to tackle the nascent integrated resort (IR) market in Japan. It has indicated that it wants to be involved in the market and has already begun massaging relationships to try and make something happen. Wynn’s CEO, Matt Maddox, has indicated that he doesn’t really care where they operate in the country, as long as they can operate.