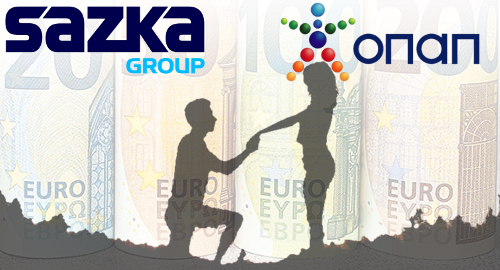 On Monday, the Greek stock exchange temporarily halted trading in OPAP shares pending an ‘important announcement’ regarding the company’s future. Later that day, the Sazka Group announced it had made a voluntary tender offer to OPAP shareholders, seeking to acquire all of their shares.

On Tuesday, OPAP issued its own statement saying it would appoint a financial advisor in accordance with Greek takeover law, while OPAP’s board would begin measuring the size of Sazka’s package before issuing an opinion.

Sazka already controls a one-third stake in OPAP via its two-thirds stake in Emma Delta, a connected company that bought into OPAP when the Greek government sold off its stake in 2013 to meet the European Union’s privatization demands.

As such, Sazka’s offer for the remaining 67% of OPAP it doesn’t yet control amounts to €9.12 per share, for a little over €2b in total. Sazka, which is controlled by Czech billionaire Karel Komarek, says it has no plans to change OPAP’s current strategy or transfer its ‘domiciliation’ out of Greece should the takeover bid be accepted.

Interestingly, Sazka’s offer was made public exactly one day after Greece welcomed a new government following Sunday’s snap election. Also interesting is that, in one of its final acts, the outgoing Syriza government resolved a legal question hanging over OPAP’s continued rollout of its video lottery terminals (VLTs).

In April, Greece’s Council of State ruled that the 2011 government authorization that okayed OPAP’s launch of some 35k VLTs (later reduced to 25k) hadn’t been adopted by a Presidential Decree, as required under law.

In last month’s Q1 report, OPAP management dismissed the legal setback as a “purely procedural” matter. Accordingly, the Syriza government reached into its procedural bag of tricks to produce a Legislative Content Act that eliminates the uncertainty surrounding OPAP’s VLT rollout, which stood at nearly 20k units at the end of Q1.