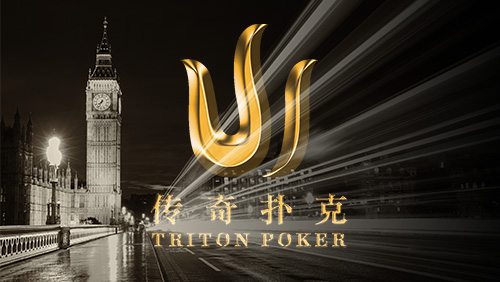 Triton has confirmed 22 players have signed on the dotted line to compete in the £1m buy-in Triton Million London with more waiting in the wings.

Growing up in the U.K., there are two games that families rely on during cold, wet camping trips. The first is Monopoly and the hunt for Park Lane. Then there’s poker, the quintessential battle of the mind: a deck of cards, Swan matches for chips, and a plastic bag of ones and twos.

On August 1, Triton Poker is merging both of those beautiful memories when the London Hilton on Park Lane hosts Triton Million: A Helping Hand for Charity, the most expensive poker tournament in the world with a buy-in of £1,050,000 (USD 1.3m).

A month out, Triton has announced 22-confirmed players, each hoping that by the time August 3 comes into view, they would have experienced a purple patch, winning one of the biggest prizes in poker, and a place in poker history.

The Triton Million is ‘invite-only,’ and invitees are business people/recreational players. Each chooses a professional to compete in the event—an innovative ruling creating the most evenly balanced £1m buy-in event of all time.

Here are the confirmed players (with more to come).

The Triton Million is a freezeout. Anyone can win it. However, with $9.2m in live tournament winnings already locked up in 2019, Bryn Kenney, will start as one of the favourites, and speaking to him in Las Vegas this weekend, he was in a typically bullish mood.

Kenney believes he is the best player in the world right now, and pointed out that should he win, he will overtake Justin Bonomo at the top of the All-Time Money List—a bucket list goal of his. Cary Katz, who chose Kenney as his professional pick, called him the “best no-limit hold’em tournament player in the world, right now.”

The New Yorker isn’t the only player who would overtake Bonomo at the head of the All-Time Money List should he win Triton Million. David Peters will also climb to the summit should he win in London. Peters takes his seat courtesy of an invite from Stanley Choi.

When it comes to $1m buy-in experience, two players in the lineup spring to mind. Sam Trickett finished runner-up to Antonio Esfandiari in the first-ever $1m buy-in Big One for One Drop during the 2012 World Series of Poker (WSOP), banking  $10m. Trickett is in courtesy of an invite from Rob Yong. The Dusk till Dawn (DTD) owner first met Trickett when he was a $1/$2 cash game player, and the pair are good friends.

Triton Million is sweaty with talent and not only from the pro side of the roster. Ivan Leow, Bobby Baldwin, Paul Phua and the Yong family are more than capable of taking down this event. Phua has cashed in Triton events a record 13 times, without ever crossing the finishing line. What a way to break that unwanted record.

Outside of the player roster, there’s also been an addition to the list of beneficiaries. Credit One World Charity Foundation joins Caring For Children Foundation, Raising for Effective Giving (REG), and Healthy Hong Kong as charitable partners of the event. £50,000 from each buy-in goes towards one of these four charities, and with 22 confirmed attendees, that means the till already rings in at £1.1m with more to come.

If you are a business person/recreational player and would like to compete in Triton Million London, then there are a variety of options to register your interest, here.