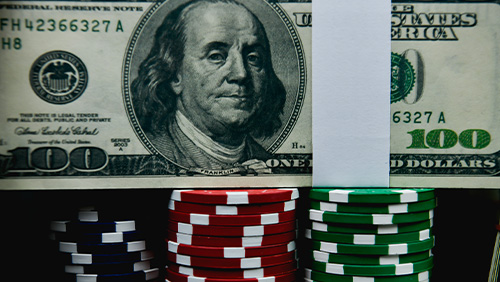 The Effective Altruists over at Raising For Effective Giving have launched the REG Fund in a bid to focus poker player’s attention on the long-term pain and suffering of our descendants.

Neil has travelled to many galaxies. He told me the night before I made my way to the stones to celebrate Equinox. I didn’t know people could go to other galaxies. I thought Equinox was the name of Annie Lennox and Dave Stewart’s band.

His voice was sincere; unshakable confidence. I wanted to believe, but the cynic inside of me took a baseball bat to his words and knocked them out of my ears.

Neil met God and God gave him a mission.

Neil doesn’t know what the mission is yet. But he knows he has to create a community to share the newfound knowledge gleaned from his trips to parallel universes and galaxies.

And here I am, sitting in the circle, holding a giant seashell in my hands, sharing with people I have known for less than an hour, but feel like I have known for my entire life, how I want to make a change in this world, but my ego won’t let me get through the door.

My two-year-old daughter hugs everyone.

My 17-year-old son prepares to share for the first time.

I don’t know if Neil has visited another galaxy, talked to God or is a bona fide shepherd. I know love when I see it. I know a steely determination to do something, anything, for the betterment of the planet that we treat like locusts treat a field of cotton.

We need more Neils in this world.

It doesn’t matter how they go about their business as long as they choose to spend their time on earth releasing butterflies from glass houses and not crushing Monarchs in flight between finger and thumb, and it’s for this reason that I also love Raising for Effective Giving (REG).

While Neil is in the early throes of figuring out how to best apply his knowledge, experience and insights into the world, so are REG. They’ve been around a lot longer, but it’s apparent from the outside-in that ideas and strategies ebb and flow like guitar strings under Eric Clapton’s tickle.

The latest stanza from poker’s #1 charity comes with the birth of the REG Fund. Writing about the new enterprise on the REG blog, Executive Director, Stefan Torges, compares the fund to a Mutual Fund with one designed to maximise the impact of investment returns, and the other maximise the impact of your donations.

At some point in your life, you have to go with your gut. Time. It’s a bugger. There comes the point where you have to trust that people or institutions will do the right things by you. Whether that’s in the build-up to a vasectomy, considering injecting your two-year-old daughter with mercury or entrusting your last penny to a faceless corporation.

It’s the same with giving, for me.

I don’t have the time to figure out the best way for my money to have the maximum impact in the world. I was attracted to REG for this very reason. It wasn’t their emotional heart-squeezing storytelling. It was their rationality, and drive to ensure that my money would make the most significant difference in the world.

And so I donated to REG.

I entrusted them to make my decisions for me, while I spent my time trying to earn more money for them.

REG members have been able to pass on responsibility to REG since inception with the creation of the Fund strengthening and improving this part of the process.

The Fund allows you to take advantage of the Fund Manager’s expertise, and there will be a clearer and more transparent mission and grantmaking process.

The goal of the fund is to:

“Identify grants that decrease the likelihood of worst-case outcomes that cause vast amounts of suffering as a result of advanced technologies”.

As Liv Boeree, PokerStars Ambassador and REG co-founder puts it:

“There will likely be many more generations living here on earth, perhaps in the entire galaxy if we end up colonising space. That would make the stakes truly astronomical. And to a significant extent, their future is in our hands. We can already take steps to increase the chance that they lead flourishing instead of miserable lives”.

That’s where your money will go if you choose the REG Fund.

REG Fund Managers: Lukas Gloor, Brian Tomaski and Jonas Vollmer believe with another 100+ billion human descendants scheduled to make an appearance on this tiny dot before the lips haunted by the ghosts of all those that try to suck it bone dry, it’s imperative that we start making decisions to help them have a life reduced of pain and suffering.

And PokerStars Ambassador, Igor Kurganov, believes REG have selected the right men for the job.

“I have worked with them for the past four years and have immense respect in their judgement, especially in this area”, adds Igor Kurganov, another REG co-founder.

Who knows how the future unfurls? 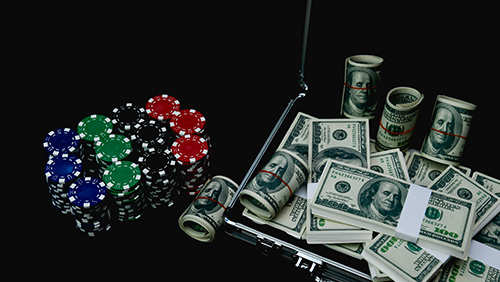 Perhaps, we end up living in a giant bomb crater with no need to ever take your shoes off indoors because there will be no doors. Or maybe, we really can close our eyes and travel to different galaxies and speak to the thing that controls the one energy that binds all of this nonsense together.

What the hell do I know?

It means nothing to me.

I am a simple man.

Work as hard as I can, and pass on the fruits of my labour to the people who know about things that I will never, ever know.

People who somewhere along the line decided to spend their time reducing pain and suffering for humans and nonhumans who don’t exist while the rest of us stand in line hoping that the bouncers will let us into God knows where.

PokerStars caring for the future of humanity via REG
Lee Davy
14 September 2017
.