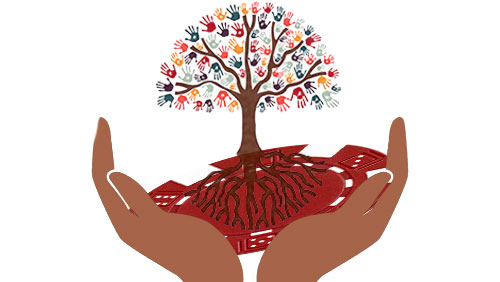 The meta-charity, Raising for Effective Giving, has urged World Series of Poker participants to donate 3%+ of their final table winnings to effective charities in their #WSOP4Charity campaign, and Andrew Barber promises to pay $100 for each pledge received.

A hungry eagle is circling my skull looking for an opening so he can squeeze in his beak and start tearing at my mind.

My heart beats a little too fast.

I’m going to Barcelona, tomorrow. I know I should be grateful. There is nothing but grey outside. The world looks like an A-ha video. And here I am, moaning that I have to go to Barcelona.

I have too many pairs of dirty underwear to wash.

I have too much food in the fridge.

I feel like a sex doll with a real hole where the fake hole is.

The Effective Altruism founder is the type of man you want as a buddy. This hummingbird of enthusiasm has just created a new website called Existential Hope because people like me are giving him the distinct impression that there is nothing but a deep, dark dystopian future ironed into the horizon.

“If we care about a positive long-term future for sentient beings like ourselves, the best way to bring it about might not be by focusing on the risks preventing us from getting there, but by concentrating on the possibilities that remind us why we want to be there in the first place.”

Someday I Want to Build a Non-Profit

Last week, I was lucky enough to sit with 15 high stakes poker players. I plagued each of them with questions about their background, values, purpose, vision and strategies.

Vision was the toughest nut to crack.

Few of the 15 had a vision beyond the next hand. I could feel a sense of hollowness. A burner on too low a flame. Confusion about what to do next. A lack of understanding of how the game that never ends ever ends.

“Someday I Want to Build a Non-Profit,” one of them said.

What are you waiting for?

Stop folding and hire a builder.

The People Who Have a Vision

As I’ve stated numerous times before, Philipp Gruissem had a vision. The German star was ready to leave poker to find a more pleasant spot in life’s jigsaw puzzle until he found Effective Altruism.

Working alongside the likes of Stefan Huber, Igor Kurganov, Liv Boeree and a tribe of men and women with their hearts in the right place, they created Raising for Effective Giving (REG). This week, as poker players from all over the world, turn Las Vegas into the heart of dystopia, they are rolling out another scheme to raise more money for those folks that need it.

#WSOP4Charity is the latest charity drive from REG. It’s easy peasy. REG would like you to donate 3%+ of your World Series of Poker (WSOP) Final Table winnings to effective charities because in doing so you are giving to charities that are 100 times more effective than your average charity joint.

All you have to do is tweet your intention to take The Final Table Pledge, using the #WSOP4Charity hashtag, or follow this link, and sign up on the REG site.

REG has an impressive array of talent backing their philosophy.

And the poker community is paying more and more attention to this critical part of life.

Players will win millions during the WSOP. If you’re struggling with a vision of the future, then why not check out MacAskill’s new site, and take the #WSOP4Charity pledge. If you do, REG Ambassador Andrew Barber will donate $100 for every pledge REG receives, and he will be a happy man if this means he has to smash every piggy bank in his home to do so.

I feel a lot better.

The eagle has buggered off.