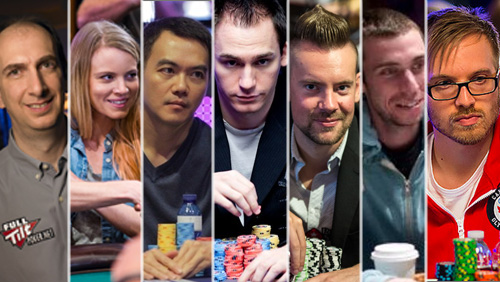 Raising for Effective Giving has announced seven new ambassadors in a bid to increase the conversation around effective altruism ahead of the World Series of Poker.

Everyone is looking for an icebreaker at the poker table, and the easiest one of all goes a little something like this:

What does that patch represent?

So, if you’re a charity relying on contributions from poker players then it makes sense to slap as many patches onto the chests of as many players willing to act as the voice of your mission, and Raising For Effective Giving (REG) have done that by announcing seven additions to the team.

With the world’s most prestigious and populous poker tour around the corner, the timing is excellent.

And it’s an important role with a lot of responsibility.

Walk into any Whole Foods store in the world and the employees should be able to talk about the products with a sense of deep experience, knowledge and love.

The patch alone won’t convince the players to help reduce suffering in the world, it’s the stories that pour out of the mouths of the seven new recruits.

Take Martin Jacobson as an example.

In 2014, the Swede won the top prize of $10m in the WSOP Main Event and donated $250,000 to REG with a significant portion of those funds directed to Animal Charity Evaluators (ACE), and yet Jacobson is not vegan, and I think this is an important story.

Let’s hope the rest of the gang have enough knowledge of Effective Altruism to be able to hold a conversation and persuade people to start making decisions with their heads instead of their hearts.

Poker players have so far donated over $2m to effective charities via REG in the past two years.

In the past few weeks, REG has partnered with the two largest online poker rooms to great effect. PokerStars players competing in the Spring Championship of Online Poker (SCOOP) High Roller, and PokerStars charity arm Helping Hands, donated $109,375 to the Machine Intelligence Research Institute (MIRI) and the Future of Humanity Institute (FHI), both charities recommended by REG.  And 888Poker donated $50,000 in fees from their XL Inferno Championship.

And moving forward, REG will also be hosting a #WSOP4Charity fundraiser where they are asking for poker players to donate 3% or more of all WSOP Final Table winnings to highly effective charities.

Who knows, by taking the Final Table Pledge you may get the run good that Jacobson had in 2014.