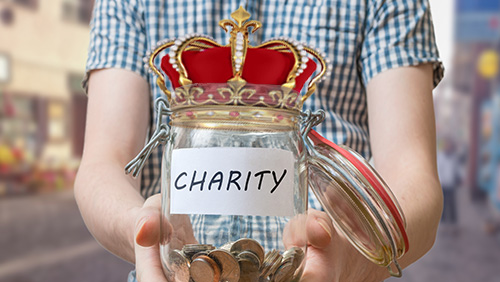 PokerStars has crowned another millionaire after a German online player won $1m playing Spin & Go, and the Spring Championship of Online Poker aims to reduce suffering in the world with Raising For Effective Giving pledge.

If I learned anything when I was younger through thousands of hours watching sport on TV, it was the undeniable fact that the Germans won everything.

Why should poker be different?

PokerStars has done it again. The largest online poker room this side of my garden shed has changed someone’s life forever by turning them into a millionaire and yes the winner was German.

“We are half way into our PokerStars Makes Millionaires promotion, and we’re pleased to announce that yet another millionaire has been created,” said PokerStars’ Director of Poker Marketing, Vadim Soloveychik.  We’re well on our way to producing ten millionaires by June 4. This is the perfect illustration of PokerStars’ ability to provide the ultimate poker offering and experience. We’re the only online poker room that can give such big winning moments in such a short space of time.”

‘Check^On123′ won $1m playing a Spin & Go game in the midst of the PokerStars Millionaires promotion. The runners-up, ‘Dzeferin0′ and ‘Woroms444,’ both banked $100,000 for their part in the subplot, but must be devastated they could not take the top prize.

PokerStars hope to create 10 Millionaires by the end of June as part of that promotion, including two more during the Spring Championship of Online Poker (SCOOP). They have already spawned a millionaire during the Sunday Million 11th Anniversary, and Bryn Kenney and Julian Stuer both picked up seven-figure scores at the recent PokerStars Championship Monte Carlo.

What Happens Inside Your Body When You Win a Million?

I have a good idea what will happen outside of my body if I ever won a million bucks playing a game of cards. It involves a broad variety of bodily fluids leaking out of every hole in my body.

But what happens on the inside?

PokerStars has created a cute little video explaining the jiggery-pokery. The video currently adorns their Facebook Page, but I will break it down for you.

Within 1/100th of a second, the hypothalamus in the brain sends a signal to the adrenal glands triggering them to release hormones into the blood stream. Your heart rate increases and pumps more blood to the muscles. The muscles tense up and increase in strength by up to 40%, and so the body is prepared for potential danger such as a hoard of your mates piling on top of you from the rail when you win.


If you don’t believe me, then check out this blog post from the psychologist Marcie Ferros.

SCOOP Raising Money For Those in Need

PokerStars has followed 888Poker’s lead by joining forces with Raising for Effective Giving (REG) to ensure that a trickle of the income created during the Spring Championship of Online Poker (SCOOP) goes towards initiatives that help reduce suffering in the world.

In addition to player power, PokerStars has agreed to donate the rake accrued during the $25,000 High Roller to REG as well as adding a further $50,000 donation from their charitable arm Helping Hands.

Players who have made the pledge include Martin Jacobson, Daniel Cates, Jeff Gross, Andre Akkari, and Jason Somerville. And what a start REG has had after Jacobson took down SCOOP-8-H ($530+R No-Limit Hold’em) for $106,984.38. You may remember, Jacobson, donated $250,000 to REG after his 2014 World Series of Poker (WSOP) Main Event win.