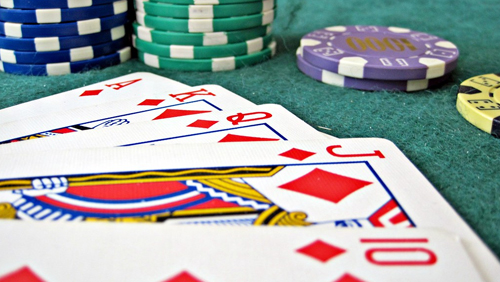 It would appear that Presidents Donald Trump and Xi Jinping have been able, at least temporarily, to put aside their differences on international trade in favor of making a deal. The two world leaders met during the G20 Summit in Osaka, Japan this past weekend and hashed out negotiations to try and find a positive resolution to the ongoing US/China trade war, and Trump announced after their meeting that he would be holding off on any new tariffs while negotiations are active. The news proved important to boost a number of industries, including Macau gaming.

When the stock markets opened Monday, Wynn Resorts and Las Vegas Sands (LVS), both with significant operations in Macau, saw their stocks climb. The increases were also bolstered by what has been a strong June, with gross gaming revenue (GGR) in the city increasing 5.9% – the second month in a row that revenues have increased.

The uptick in June’s GGR gave Macau gaming analysts a little extra confidence as well. Felicia Hendrix of Barclays said in a note on the city, “We expect all the operators on the upcoming 2Q19 earnings calls to reiterate what is already known: that the high end of the market remains challenging given a number of headwinds and the mass market is stable. In this environment, we view LVS as the most investible Macau related stock and WYNN and MGM as longer term beneficiaries of investments they are currently making for future growth (renovations at the Peninsula for WYNN and the ramp of their high end business for MGM at Cotai).”

Hendrix’s sentiment is shared by Nomura analysts, Harry Curtis, Daniel Adam and Brian Dobson, who said on Monday that the announcement “should be viewed as strong positives for the Macau gaming stocks.” They followed that up by explaining, “Assuming July increases sequentially in line with its trailing seven-year average … we estimate GGR for the month will settle around MOP26 billion to MOP27 billion [$3.21 to $3.34 billion].”

July and August are looking good for Macau, and September could be even better. JP Morgan Securities (Asia Pacific) analyst DS Kim asserts, that July and August could see a 2-3% increase in GGR and that this “implies GGR could print positive growth in the second half of 2019 … in turn suggesting upside risks to our fiscal year 2019 estimate GGR forecast of -1 percent (where we have -15 percent in VIP and +12 percent in mass).”