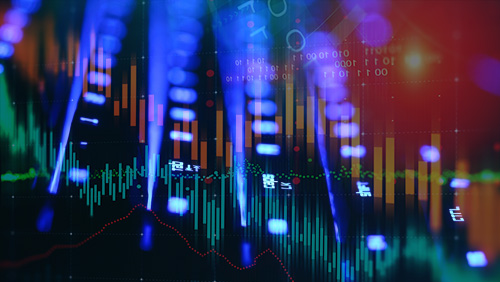 The trade war between the US and China lingers and currently appears to be in somewhat of a stalemate without much movement in either direction. However, the lull isn’t preventing the war from hurting economies around the world and the same goes for the gaming industry. Particularly in Macau, gaming investments are taking a serious beating.

Macau is the richest gambling center in the world. The trade war is impacting the local economy and three US-based casino operators with operations in the city – Wynn Resorts, MGM Resorts and Las Vegas Sands – are earning their battle scars. Joining them is Hong Kong-based Melco Resorts, which is traded publicly on the NASDAQ exchange.

The gaming industry, as a whole, is now underperforming in comparison to the Standard & Poors (S&P) 500. That index tacks 500 large companies that are traded on NASDAQ, the NYSE or the CBOE BZX Exchange, and both MGM And Wynn are included in the index. According to analysts with Zacks, “The trade war between Beijing and Washington continues to hurt gambling stocks. Moreover, the flagging China property price has adversely impacted the high-end VIP segment. Consequently, the industry underperformed the S&P 500 for the second straight week. The industry has declined 1.9 percent compared with the S&P 500’s 0.5 percent decrease.”

Sands is found in a different trading instrument, the Vectors Gaming ETF (exchange-traded fund). This ETF follows 43 stocks in the gaming industry and has dropped from $39.96 to $35 in less than a week. That’s a decrease of 12.4% and Sands comprises almost 16% of the fund.

President Trump raised tariffs beginning May 10 on a number of Chinese goods. That move was designed to tip the scales in favor of the US by at least $200 billion, but China didn’t take the news lying down. It announced its own increase that will increase prices on certain US-imported goods by a total of $60 billion starting June 1.

Trump isn’t deterred, however. He recently tweeted, “When the time is right we will make a deal with China. My respect and friendship with President Xi is [sic] unlimited, but as I have told him many times before, this must be a great deal for the United States or it just doesn’t make any sense.”

He later added, “The real trade war began 30 years ago, and we lost. This is a bright new Age, the Age of Enlightenment. We don’t lose anymore!”

US companies with operations in Macau aren’t the only ones that are suffering. According to available data, Penn National has seen its stock price drop 5% in the past 30 days and Boyd Gaming has plummeted 13%. If there is any good news, though, it’s that some companies have a six-month average that shows improvements over the previous period. Wynn reported an increase of 7.1%, Caesars saw a 4.1% increase and Sands managed an increase of 8.3%.