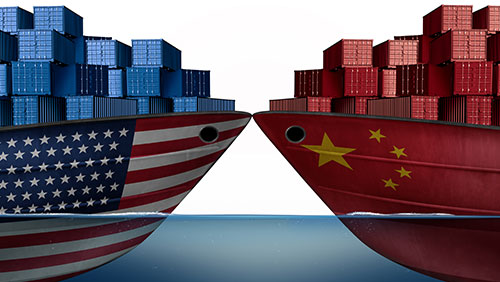 President Donald Trump has escalated his trade war with China. Last week he announced that he intends to slap tariffs on another $200 billion of imports from China. Stock markets around the world fell dramatically, as did the value of China’s currency, the yuan.

China responded, as it always does, with retaliatory tariffs on American produce and products. The People’s Republic of China understands that the fight is political, not economic. So the PRC is micro-targeting which US companies and regions will be hurt.

For example, the PRC imposed a 25% tariff on soybean imports from the U.S. China used to buy 40% of the total U.S. crop; and 60% of the soybeans grown in Iowa. Just the announcement of the tariff knocked down the price of soybeans by 20%, devastating American famers and costing the state of Iowa nearly a billion dollars.

Why Iowa? Besides being a deep-red Trump state, it’s where the first 2020 presidential caucuses will be held in less than two years.

So, where else might China aim its economic power?

Chinese are now the top tourists in the world. More than 20% of all the money spent by international tourists is spent by residents of China; twice as much as the next-biggest spenders, Americans.

Much of that money is spent on legal gambling; specifically, baccarat. Mainlanders especially like the high-stakes card games in Macau and Las Vegas.

In 2013, before the PRC’s latest crackdown on corruption, Nevada casinos won a total of $1.1 billion from blackjack, but $1.6 billion from baccarat, half a billion dollars more. And there were nine times as many blackjack tables as baccarat tables: 2,704 to only 302.

Then the top officials in the PRC made it dangerous for its citizens to be seen spending big money on travel, shopping or gaming.

Within three years, Nevada casinos were still winning $1.1 billion from blackjack. But the state’s high-limit baccarat tables, almost all located in Las Vegas, won only $1.2 billion. Just a slowdown in visitors from China cost Nevada casinos more than $400 million a year on this one card game.

Macau is at even greater risk.

Macau is only one-sixth the size of Washington, D.C. Yet, its casinos, the only legal ones in China, win far more than all the casinos in the United States, combined.

I have taught a post-grad class in Gaming Law at the University of Macau for the past 11 years. A few years ago, the PRC, without warning, put restrictions on travel: Residents of the provinces nearest Macau could no longer take daily visits, only once every three months. The impact was immediate. One of my students was in charge of the frequent visitors program for an American-owned casino. When visa restrictions were imposed from Beijing, she lost her job, because there were no more frequent visitors.

The American casino companies now face a danger greater than visas: Macau’s casino Concessions are coming up for renewal.

For decades, the right to operate casinos in Macau was granted to a single company run by Stanley Ho. After Portugal returned control of Macau to China, Macau, with pressure from the PRC in Beijing, opened the casino market to outside investors. One 18-year and two 20-year Concessions were originally granted, which later expanded to three Concessions and three Sub-Concessions.

Macau and the PRC have the legal right to do just about anything with these Concessions. The Macau Chief Executive has the power to extend them one or more year at a time, but only up to five years. With or without these extensions, Macau law expressly requires that the Concessions be “rebid.” This does not necessarily mean the bidding will be open to other potential operators. Nor does it mean that the current operators will automatically be renewed.

In fact, the current law has to be rewritten. There is, for example, nothing in the law that allows Sub-Concessions of the type that now exist. But changing laws in the PRC and Macau can take no more than the flick of a pen. Restrictions on travel visas, limitations on the number of gaming tables, and even the creation of Sub-Concessions were all done without hearings or approval by a legislature, let alone the vote of the people.

There are some gaming companies, notably Caesars Entertainment and Malaysia’s Genting Group, which have so far been cut out of Macau. But if the Concessions are put up for bid, there will also be a lot of giant Chinese companies, some having nothing to do with gaming, which would like to take over these enormously successful casinos.

Normally, when casino licenses come up for renewal, the government may make a show of threatening to open the process to outside bidders. But the end result is almost always that the current operators are allowed to continue, but have to pay significantly for the privilege.

But there is a wild card: Trump’s trade war with China. And Donald Trump himself.

China quickly learned how to get what it wants from Trump: Praise him, stand up to him (the PRC refused to talk with the U.S. until Trump publicly confirmed there is only one China), make him think he needs you (“only China can control North Korea’s Kim Jong-un”), and tell him “facts” that he won’t know enough to dispute (“Korea was once part of China”).

Trump brags that he doesn’t read. But there is only one way for a person to receive large amounts of information – by reading. We read enormously faster than we hear, especially because we can skim. The president has briefing books, which are by no means brief, because that is the only way to get him to really know what is going on.

A president who does not read is worse than ignorant: He is dependent upon what he happens to hear or see on T.V. or the unedited Internet, or what he is told by the few individuals to whom he listens. Trump was asked by Russian President Vladimir Putin in 2017 to stop the U.S. and South Korea yearly military preparation exercises, the “war games.” Immediately after meeting with North Korea’s dictator, Trump cancelled those war games, without first discussing this major action with the South Koreans, or even anyone in the U.S. military.

Trump views the world through the eyes of an uninformed American businessman. But countries have different goals than companies. Governments are usually not interested in making money.

Donald Trump is easily influenced by his anti-China advisors. This has already resulted in war-like rhetoric by both the U.S. and the PRC over Trump at first refusing to endorse the PRC’s “one China” policy, compounded by his calling the leader of Taiwan a “president;” and threats to blockade the PRC from using islets it is developing in the South China Sea. 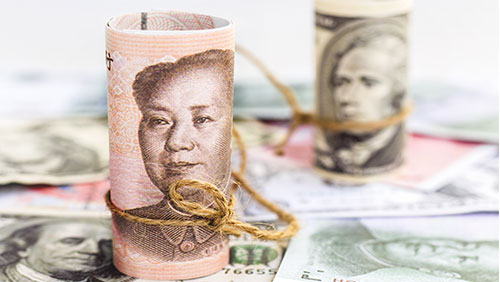 Trump seems not to know how serious his insults to China are. Worse, he does not even know what it means in China to save face. Making someone lose face can create an enemy for life. At the very least, it requires revenge; Chinese soap operas often involve avenging face-losing situations.

The danger to legal gaming is that Trump never backs down. He openly and consistently revels in revenge. “If somebody hits you, you’ve got to hit ’em back five times harder than they ever thought possible. . . which does make you feel good, to be honest with you, I’ve done it many times.”

So now we have a Chinese culture that requires saving face, and an insecure, thin-skinned president who believes escalating a conflict is a sign of strength.

The next time Trump insults the PRC, China’s leaders could react by reimposing visa restrictions on Mainland travel to the U.S., and also to Macau. After all, the name Trump is associated with casinos. And two of his biggest supporters are Steve Wynn and Sheldon Adelson. When it comes to saving face, the PRC probably won’t buy the argument that the “Wynn” on the side of casinos may now refer to Elaine rather than Steve.

I do not believe the Macau government would refuse to renew the American casino companies’ Concessions. Wynn, Adelson and MGM have spent billions building not just casinos but integrated resorts. No Western company would ever spend another cent in China if these investments are lost through government action.

Will the Chinese government pressure Macau into opening the Concession rebidding process to outsiders? Until recently, that seemed unlikely, for the same reason. But Trump continues to insult China with tariffs and other blunders, which force the leaders of the PRC to take revenge to save face.

China could cut off visits to the U.S., especially to Nevada, in a quick and easy act of vengeance, one that could also be quickly and easily reversed. It could do the same with frequent visitors to Macau.

But China could also force Macau to announce that the Concession rebidding process will be open to all. They could justify this as the government merely trying to get the maximum for bestowing the privilege of running casinos. If they wanted to, they could pretend that this has nothing to do with Trump.

Or PRC officials might openly say that Trump has started a trade war, and it is too bad that Wynn, Adelson’s Las Vegas Sands, and MGM are collateral damage.

© Copyright 2018. Professor I Nelson Rose is recognized as one of the world’s leading authorities on gambling law and is a consultant and expert witness for governments and industry. His latest books, Gaming Law in a Nutshell, Internet Gaming Law and Gaming Law: Cases and Materials, are available through his website, www.GamblingAndTheLaw.com.