American-owned casinos in Macau will not be adversely affected by the ongoing trade spat between the U.S. and China, according to an analyst.

CNBC reported CLSA Gaming and Conglomerates head Jonathan Galligan saying, “I think, ultimately, the Chinese will take a very rational view on Macau… Negatively putting pressure on certain operators is not how you’re going to achieve that ultimate goal.” 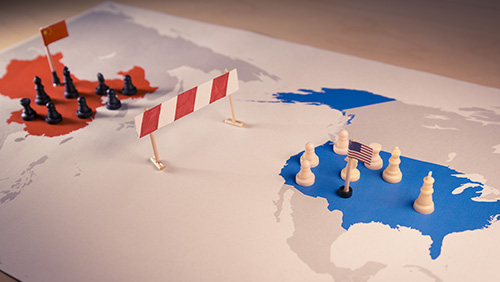 Galligan, speaking at a forum in Hong Kong, pointed out how the U.S. companies have aided in transforming Macau’s economy after it became a special administrative region of China following 400 years of Portuguese rule. In 2001, the Macau government ended billionaire Stanley Ho’s casino monopoly, later handing out concessions for operating casinos to six firms, three of which are majority-owned by American companies: Las Vegas Sands, MGM Resorts and Wynn Resorts.

It has been speculated that China will get back at the U.S. in some way, with the renewal of the concessions to be conducted from 2020 to 2022.

Galligan said, “I think the Chinese will probably rise above the rhetoric of the trade spat to recognize that the current competitive environment in Macau doesn’t need political headwinds that would stifle investment.”

U.S. President Donald Trump, in an attempt to protect American jobs and the economy in general, has been imposing tariff increases on Chinese imports, to which China has retaliated. A tariff on $200-billion worth of Chinese imports has been expected to take effect this past week, but it appears that negotiations are still possible.

The tension between the two superpowers comes at a time when Macau’s casino businesses have been prospering, with gross gaming revenue rising 19.1% to $33 billion in 2017, after three years of decline.