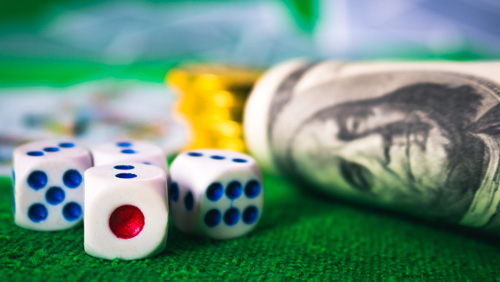 Macau’s economy came roaring back at its fastest pace in 2017, spurred by robust gambling activity in the former Portuguese enclave.

It was the first time that Macau registered high GDP growth since 2013, when the city’s economy grew 11.2 percent. DSEC attributed Macau’s stellar economic performance to the rise of its total exports and services, which included gaming services in China’s special administrative region.

DSEC reported that Macau’s total exports and services climbed 15.4 percent while exports of gaming services and other tourism services went up by 16.4 percent and 15.4 percent, respectively. Exports of goods rose by 12.3 percent.

Macau casino GGR up 5.7% in February

Speaking of the Macau’s gambling industry, the DICJ announced that Macau’s casino GGR rose by 5.7 percent to MOP24.30 billion ($3.01 billion) in February.

The latest data missed a Bloomberg consensus of +9 percent and is slightly lower than the amount registered in January.

Nevertheless, analysts are quite satisfied with the figures since the latest tally puts the market’s accumulated 2018 year-on-year growth at 19.7 percent, or MOP50.56 billion (US$6.26 billion).

“Clearly there was a rather sharp drop-off in GGR as the CNY holiday came to a close, with the holiday period seemingly front-end loaded (the first weekend was busier than the second),” Union Gaming analyst Grant Govertsen said in a note. “We expect trends to pick up by the second week of March and resume a strong trajectory going forward.”