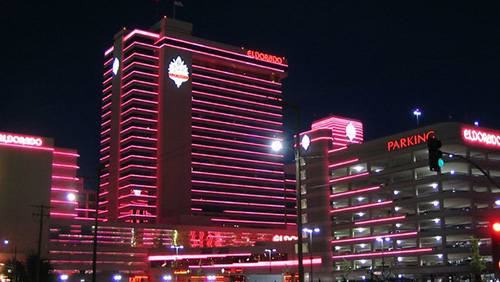 It looks like Carl Icahn got his way. After buying a huge chunk of the casino company earlier this year in order to try to push for it to be sold, a deal has apparently been worked out between it and Eldorado Resorts. A new merger is on the way that, if successful, would create one of the largest casino companies in the United States. And, it only cost Eldorado $18 billion.

There have been rumors for the past several months that Eldorado could eventually purchase the company, but the amount it was willing to pay didn’t meet with the approval of the Caesars Board of Directors. Ultimately, Eldorado has reportedly agreed to pay $13 per share, which is a premium of about 30% above Caesars’ stock price at closing last Friday ($9.99) and $2.50 per share higher than what many analysts had thought Eldorado would need to offer to consummate a deal. The breakdown of the purchase reportedly includes $8.40 per share in cash and the remainder in the form of Eldorado common stock.

The merger will result in Eldorado taking 51% control and Caesars, 49%, according to some reports; however, it will most likely retain the Caesars name. With a combined market cap of almost $11 billion, the deal will create the fourth-largest gaming company in the U.S.

Eldorado CEO Tom Reeg said in a statement, “Eldorado’s combination with Caesars will create the largest owner and operator of U.S. gaming assets and is a strategically, financially and operationally compelling opportunity that brings immediate and long-term value to stakeholders of both companies. Together, we will have an extremely powerful suite of iconic gaming and entertainment brands, as well as valuable strategic alliances with industry leaders in sports betting and online gaming.”

Icahn couldn’t be happier—he purchased his shares of Caesars for anywhere from $8.45 to about $9.39. In a prepared statement from Monday, he asserted, “While I criticized the Caesars Board when I took a major position several months ago, I would now like to do something that I rarely do, which is to praise a board of directors for acting responsibly and decisively in negotiating and approving this transformational transaction. As a combined company, Caesars and Eldorado will be America’s preeminent gaming company.”