Home / Casino / Pennsylvania’s sports betting down, slots and tables up in May 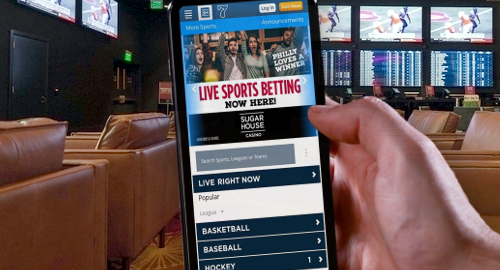 Legal online sports betting failed to provide much of a boost to Pennsylvania’s monthly gaming revenue figures, but then again, it was only available at a single site and for only the last four days of May.

Figures released Tuesday by the Pennsylvania Gaming Control Board (PGCB) show the state’s overall sports betting handle coming in just over $35.9m in May, a modest step down from April’s $36.8m but well back of the $44.5m the state’s books reporting handling in March.

While month-to-month comparisons don’t necessarily mean much, the betting revenue trend was similarly negative, falling to $2.86m in May, down from $4.2m in April and $5.5m in March.

Pennsylvania now has eight licensed sportsbooks in operation, and the last week in May saw the launch of the state’s first online betting site courtesy of the SugarHouse (soon to be Rivers Casino Philadelphia). The SugarHouse site handled just over $573k in online wagers during those four days – during which the site was still working out its kinks – and netted revenue of $38,753.

There’s still no timeline for when the state’s locally licensed online casino and poker sites may make their formal debut, but the state’s brick-and-mortar slots and table revenue hit $$286.1m in May, up 2.6% from the same month last year. Slots revenue was up 2.7% to $209.6m while table games gained 2.2% to $76.5m.

Speaking of Rivers Pittsburgh, the property’s owners Rush Street Gaming just announced that it will break ground on a new seven-story, four-star hotel later this summer. The new $60m digs, which expect to open to the public in early 2021, will be known as The Landing Hotel Pittsburgh.