500.com running out of time — and cash — to turn things around 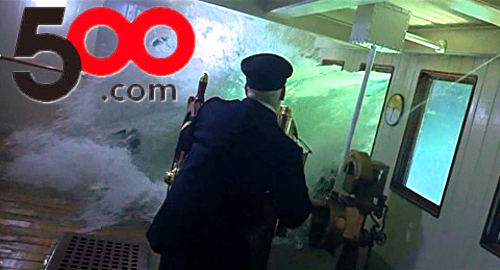 Online gambling operator 500.com is running out of time – and cash – in which to turn this sinking ship around.

Last week, the Shenzhen-based 500.com reported generating revenue of RMB14.3m (US$2.1m) in the three months ending March 31, slightly more than one-third of the RMB38.4m the company generated in the same period last year and just over half of what it generated in Q4 2018.

The company booked an operating loss of RMB97.3m in Q1, about RMB20m worse year-on-year, while net losses totaled RMB93.2m, up from a RMB70m loss in Q1 2018. The company had cash and equivalents of RMB386.6m at the end of Q1, about RMB50m less than at the end of Q4 2018, so while there’s still some wiggle room, the current trajectory is clearly unsustainable.

500.com was one of only two companies approved by the Chinese government for an online lottery pilot project. That came to a crashing halt in early 2015, when Beijing suspended all online lottery sales after uncovering massive fraud at provincial lottery administration centers.

500.com has attempted to replace this lost revenue stream by striking land-based sports lottery deals in China and by branching out into European-facing operations through its 2017 acquisition of The Multi Group (TMG), which operates the Multilotto online casino and lottery betting business.

500.com CEO Zhengming Pan offered an update on the company’s developing land-based lottery business, saying it had “started trial operations in Tianjin, Hunan, Hubei, Guangxi and several other provinces and cities in China.” Pan added that the company would “continue to look for additional opportunities” to put a smile on its weary investors’ faces.

500.com also announced that its chairman Huixuan Wang was stepping down after less than a year in the role. As of June 1, Wang’s seat will be filled by Xudong Chen, the exec VP of Tsinghua Unigroup, which took a major stake in 500.com in 2015. For the record, Chen will be the fourth chairman that 500.com has had in the last three years. Say what you want about his seafaring skills but at least the Titanic’s captain had the decency to go down with the ship.