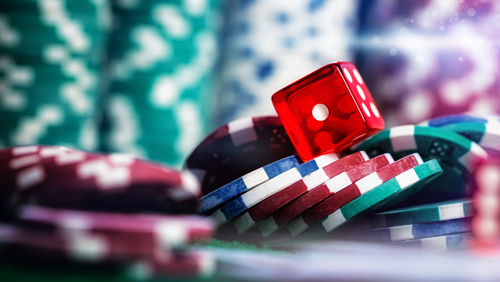 India gaming giant Delta Corp. saw a substantial selloff if its shares last week after reports started surfacing that the country’s government could be investigating the company for possible tax evasion. Only on Friday, the amount of shares dropped 12% as shareholders became nervous and started looking at ways to unload their holdings and the price had dropped by 20% across the week. However, Delta asserts that it is in compliance with sales tax laws and analysis provided by Union Gaming shows that the ordeal boils down to creative math interpretation on the part of the government.

India’s taxman wants to collect about $891.87 million (62 billion rupees) in “unpaid taxes” on casino revenue over a seven-quarter period. Over those seven quarters, Delta’s casino revenue equaled $178.37 million – 20% of what the company reportedly owes.

Apparently, tax authorities want to collect India’s 28% goods and services tax (GST) on all wagers, instead of just on gaming revenue. Union Gaming’s Grant Govertsen points out, “This is, of course, preposterous as there isn’t a single relevant jurisdiction in the world that taxes gaming revenue in this manner (either via a direct gaming tax and/or via a GST like in Singapore), and any attempt to do so would result in negative net revenue after paying winning bets and taxes. So not only are the allegations unsubstantiated at this point, the math just doesn’t work and we would expect the company to prevail in any legal action should the government actually try to pursue a tax case.”

As a result of the media reports and the subsequent selloff, Delta’s stock is trading seven times lower than Union Gaming’s fiscal year 2021 EBITDA (earnings before interest, taxes, depreciation and amortization). Fortunately for the company, though, it is still one of the fastest growing casino companies in the world and, if it receives approval to move its riverboat casinos to dry land, could see even more growth. Govertsen adds, “We maintain our Buy rating and view the current selloff as opportunistic.”

It appears that either someone at the Goa tax office didn’t read the manual properly, or has decided to make up his or her own rules. Should Delta be forced to defend itself in court, it should lobby for compensation due to the selloff that cost the company significant funds and investor confidence.