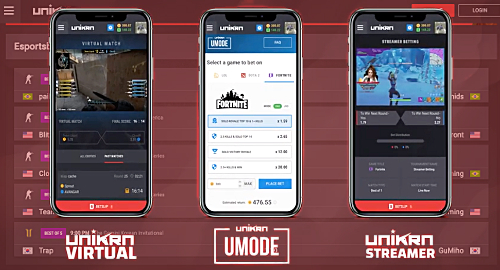 Sood noted that, unlike traditional sports, the volume of live-streamed eSports matches has virtually no upper limit, causing untold problems in setting odds on individual matches. Sood says Unikrn’s new technology is “five years ahead of any other bookmaker in this space, and lightyears ahead of what is possible in a traditional sports world.”

Sood told CoinDesk that he’d shown the new AI odds-system to some traditional bookmakers, whose “minds were blown,” according to Sood, who suggested there may be a decent B2B opportunity for his company to share their technology.

For bettors who simply can’t wait for a new live match to start, Unikrn has also launched Unikrn Virtual, an eSports version of the virtual sports betting products that have become a significant vertical in many European regulated online gambling markets such as Italy and the UK and have recently begun making headway in the United States (where the racing equivalent has been a major land-based revenue generator for years).

As with traditional virtual betting, Unikrn’s product relies on a database of historical eSports matches, currently limited to CounterStrike: Global Offensive but other titles will be added shortly. Bettors will have the opportunity to wager on a new randomly selected match every two minutes.

Both of these new betting options (official presentation in the video below) will be limited to customers in markets where the Seattle-based Unikrn, which holds a gambling license issued in the Isle of Man, is approved to operate. Unikrn’s IoM license allows its roughly 100k betting customers to wager with the company’s proprietary cryptocurrency UnikoinGold.