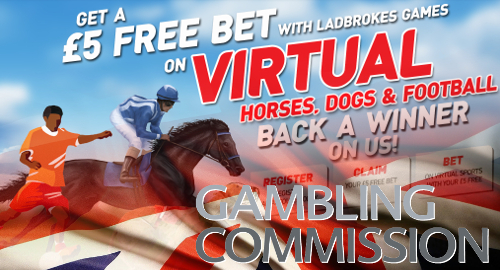 Virtual betting is punching above its weight class, according to new UK Gambling Commission (UKGC) statistics.

On Thursday, the UKGC released its latest report on the nation’s gaming industry, covering the period from October 2016 to September 2017. On the whole, the report doesn’t reveal significant deviations from the previous data set released last December.

The number of new online account registrations jumped nearly 6m to 36.6m and online active accounts were up over 7m to 30.9m. These accounts held a total of £849m, up from just £562m in the previous report.

For the first time, the UKGC report includes virtual betting, provided by the likes of Inspired Gaming and Playtech, and the numbers may prove somewhat surprising. Virtual betting revenue totaled £170m, which was £40m more than real tennis brought in and represents roughly 8.5% of overall online betting revenue during the period.

Sadly, the UKGC didn’t break out the virtual revenue figure into individual sports, but football, basketball and racing have proven wildly popular in the ‘make believe’ betting realm. Virtual betting is a major contributor to retail betting operations in Italy and has also begun to make inroads into Asian markets.

The Association of British Bookmakers (ABB) lamented the closures, saying “nearly 1,000 good jobs” had gone the way of the dodo. The ABB maintains that the pace of these layoffs “will accelerate” following the government’s recent decision to slash the maximum stake on FOBTs from £100 to just £2.

The number of online gamblers who opted for self-exclusion jumped to nearly 1.31m, a significant bump from the 1.12m who opted out between April 2016 – March 2017. Of these gamblers, over 68k cancelled their self-exclusion after the minimum time-out period. Retail betting self-exclusions fell to 38,766 from 39,092.