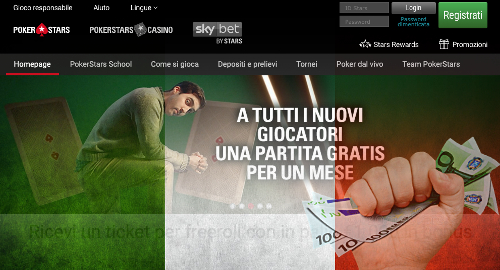 Italy’s sports betting market took a small step back in March while online casino revenue leaped ahead by nearly one-fifth.

Land-based betting was responsible for March’s decline, as retail revenue fell 9% to €54.4m while online betting revenue was up 1.2% to €52m. Similar patterns occurred over Q1, during which online betting rose nearly 10% to €179.1m while retail betting was down nearly 5% to €211.8m.

The Italian-licensed operation of UK betting giant Bet365 claimed the online betting crown with a 15.9% share of March’s total, relegating the Rome-based SKS365 and its flagship Planetwin365 brand to second place with a 13% share. The top-five was rounded by locals Snaitech (11.6%), GVC Holdings’ Eurobet brand (9.85%) and Sisal (9.8%). In terms of overall wagering, the Goldbet group claimed top honors with a 14.8% share.

Meanwhile, Italy’s ban on all gambling advertising has diminished 1xBet’s interest in the new Italian license the Russian operator was awarded in February. Last month, the firm’s marketing manager Filipp Cherny told Italian affiliate Agimeg that, so long as the Italian government keeps its ban in place, “the Italian market is not at the center of our business.”