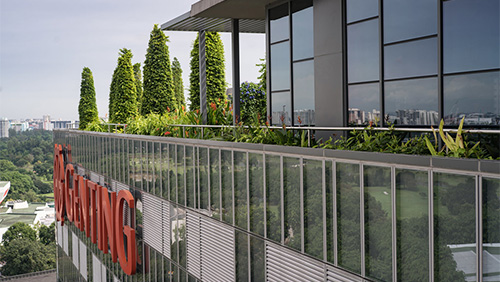 Genting Singapore Ltd. has delivered its financial report for the first quarter of 2019, and things could have definitely been better. The company’s profit slipped 5.4% year-on-year, as did its revenue, which fell by a similar amount, 5.1%. The company took in $150.7 million, down from the $159.3 million a year ago.

Genting Singapore has a mix of gaming and non-gaming operations and is behind the Resorts World Sentosa resort in Singapore. The company’s gaming revenue dropped 7.9% year-on-year to $315.6 million, compared to $342.8 million last year, and non-gaming revenue saw a slight, 1% uptick to $153.5 million. That revenue comes from operations that include, among others, the Universal Studios Singapore theme park.

Hurting the company’s bottom line in the quarter was a net impairment on trade receivables. This is nothing more than a fancy way for a gambling company way to say that it gave out too much credit that it wasn’t able to collect. Genting Singapore showed this impairment, or bad debt, to be $8.1 million, which was 34% higher than it was a year ago. The good news is that the amount was lower quarter-over-quarter—the company only gave away $28.6 million in the fourth quarter of last year.

Despite the drop in revenue, Genting Singapore is a glass-half-full kind of company. It said in its filing, “The group continued to perform healthily in the first quarter of 2019. Non-gaming business registered its eighth consecutive quarter of year-on-year revenue growth with higher spend per visitor. Our key attractions drew in a daily average visitation of over 19,000.”

It added that the occupancy rate at Resorts World Sentosa hotels stayed consistently high at around 93%, further stating, “Notwithstanding challenges from both the local and regional economies, the group continues its marketing efforts especially towards the regional premium mass segment.”

Morgan Stanley Asia analysts responded to the filing, indicating that the results were better than they had anticipated thanks to a greater VIP win rate—3.3%—and a reduction in bad debt. However, it added that Genting Singapore “appeared cautious about future credit extension to Chinese VIP customers amid geopolitical tension, and it sees near-term competition from other ASEAN countries. With limited near-term catalysts … [the] upside looks limited.”