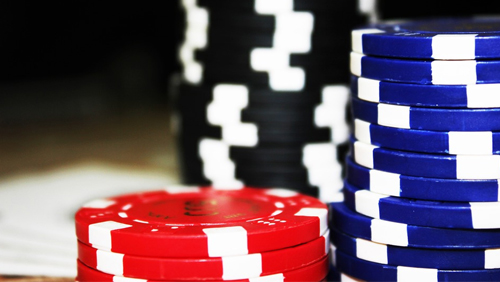 Genting Singapore improved its VIP gambling segment market share during the fourth quarter, which is setting the stage for further growth throughout the current year. This is per analysts with the Sanford C. Bernstein brokerage, who reviewed Genting’s results after they were released by the company yesterday.

According to Bernstein, “We expect Genting Singapore to gain share quarter-on-quarter and year-on-year in VIP…” It adds that this has been “driven by credit extension” to players.

Gross gaming revenue (GGR) for Genting’s VIP market, fueled by the company’s Resorts World Sentosa resort, reached $173.16 million last quarter. This represents a 4% decline over the previous quarter, but a 17% increase over the same period a year earlier.

Bernstein analysts Vitaly Umansky, Eunice Lee and Kelsey Zhu add that the growth could be attributed to easier access to credit by players. They also stated that the amount of money listed under Genting’s “accounts receivable” column had expanded by 27% from the second quarter of the year to the third, adding, “We will pay close attention to see if the trend continues in the fourth quarter,” and will also monitor “the impact on rolling chip volume and bad debt expense.”

Genting is part of the Genting Group, a Malaysian conglomerate that competes with Marina Bay Sands for market share in Singapore. Marina Bay Sands is a subsidiary of Las Vegas Sands, which saw performance last quarter that was “below consensus expectations, largely due to poor VIP volumes, as the property is capacity constrained, coupled with low hold rate,” according to the Bernstein analysts.

The mass-gaming segment in Singapore remained about the same from the third quarter to the fourth last year, but, like the VIP segment, had improved year over year. It added that the strong third quarter was assisted by better-than-expected revenue generated from greater hotel occupancy, as well as an increase in tourism arrivals and purchases.

Gaming revenue for the mass-market segment remained relatively flat, but the VIP and slot machine segments stayed on track of previous forecasts. Mass-market income had been offset by an increase in regional competition, mainly from Cambodia. Slot machine GGR gave Genting $122.34, representing only a 1% increase over the third quarter, but a 4% decline year-on-year.

Bernstein added that Genting is expected to report fourth-quarter EBITDA (earnings before interest, taxes and depreciation) of $229.21 million, a drop of 3% over the previous quarter, but a 22% boost over the same period in 2017. That EBITDA comes from revenue of $479.05 million – 12% more year-on-year and 2% more than in the third quarter.