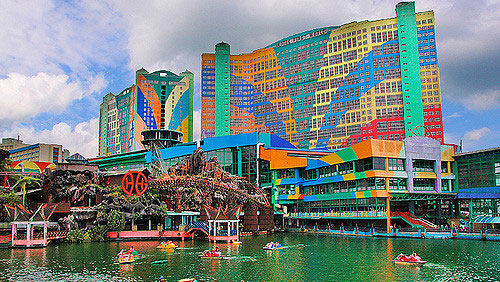 Casino operator Genting Malaysia is hoping that the Kuala Lumpur High Court will provide larger tax savings for the company.

In its filing, Genting Malaysia said that the High Court has granted its application for leave to begin judicial review of the Malaysian Ministry of Finance’s (MoF’s) amendments of an agreement that gave the company certain tax incentives, including an income tax exemption equivalent to 100% of qualifying capital expenditure incurred for a 10-year period.

The approval of such incentives had been granted in December 2014 in connection with the Genting Integrated Tourism Plan (GITP), but in December 2017, an amendment was made that “does not remove the tax incentives previously granted but will effectively prolong the utilisation period of the tax allowances significantly.”

According to a Maybank IB Research note cited by GGRAsia, this meant the payment of an additional MYR166.2 million ($40.1 million) in income taxes, increasing the losses the operator incurred in the third quarter of last year.

An appeal to the MoF was rejected in September 2018, after which Genting Malaysia filed its petition with the High Court.

The Maybank note also stated that unless the court rules in Genting Malaysia’s favor, it would be subject to an income tax rate of about 25%.

The GITP is a 10-year master plan that consists of various expansion projects, including an upcoming theme park in the Resorts World Genting complex, which itself has had its legal complications.

The ‘Fox World’ theme park was originally conceived as featuring characters trademarked by Twenty-First Century Fox Inc., but the agreement for this was terminated by the entertainment company. Genting Malaysia, in turn, sued Fox for $1 billion, and including the Walt Disney Company as respondent “for inducing breach of contract.” Disney, itself an owner of theme parks all over the world, is set to complete its purchase of Fox sometime in the first quarter. Disney and Fox have since countersued Genting Malaysia for $46 million.

The operator has also had to deal with the Malaysian government’s decision to increase annual casino license fees by about 25%, to $36 million effective this year. The tax on gross gaming revenue (GGR) will also be raised to 35%, an increase of 10% from previous years.

Genting Malaysia reported a net loss of $362.6 million for the third quarter of 2018, largely due to an impairment loss of $439.9 million related to its investment in a Massachusetts casino that the U.S. Department of Interior said could not be operated by the company’s partner, the Mashpee Wampanoag tribe.