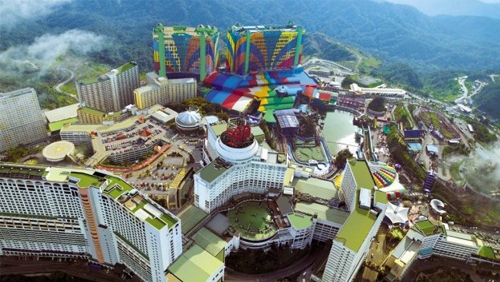 Casino operator Genting Malaysia suffered an impairment loss of MYR1.83 billion ($439.9 million) related to its investment in a Massachusetts tribal casino, making for a net loss of MYR1.5 billion ($362.6 million) for the third quarter.

According to its filing at the Malaysian Stock Exchange, third-quarter revenue rose 14.5% year on year, to MYR2.6 billion ($623.2 million). Of this, MYR2.6 billion ($614.2 million) came from the leisure and hospitality segment, where Malaysian operations contributed MYR1.7 billion ($408.8 million). The increase, the company said, was “mainly driven by higher volume of business in the mass market segment following the opening of new facilities and attractions under the Genting Integrated Tourism Plan (GITP) which have been well received.”

Last September 7, the U.S. federal government, through the Department of Interior (DoI), had ruled against the Mashpee Wampanoag Tribe, stating it did not qualify for the land in trust located in Taunton, south of Boston, where the First Light Resort & Casino was to be opened. Genting Malaysia, under an agreement with the tribe, had issued promissory notes for financing of the planned casino resort.

“[T]he Group continues to work closely with the Tribe on options which includes a legislation being introduced in the US Congress which, if passed, will entail the U.S. Federal Government to reaffirm the land in trust for the benefit of the Tribe,” the company said in its filing. The legislation referred to is House Bill 5244, which would provide for control of the contested reservation to the Mashpee Wampanoag, even though it had only been federally recognized in 2007.

Adjusted EBITDA (earnings before interest, taxes, depreciation, and amortization) amounted to MYR814.8 million ($195.4 million), 85.9% higher year on year. Of this, the leisure and hospitality segment accounted for MYR772.8 million ($185.3 million). The company said the improvement “was contributed by lower costs incurred in relation to the premium players business.”

Resorts World Genting (RWG) in Malaysia was said to have 6.4 million visitors in the quarter, a record number coinciding with “the introduction of new dining, retail and entertainment offerings at the mid-hill and hilltop.”

Operations in the UK and Egypt saw a 2% decline in revenue, to MYR505.7 million ($121.3 million), due to moves in the foreign exchange market. Adjusting for currency fluctuations, revenue was actually up 2%, “mainly attributable to higher contributions from Crockfords Cairo and its UK interactive business,” according to the report.

Last week, Genting Malaysia announced that it was suing the Walt Disney Company and Twenty-First Century Fox, Inc. for $1 billion, in connection with the ‘Fox World’ theme park it has planned in the RWG complex. The company is also expecting tax hikes and an increase in its annual casino fee to be paid, come 2019.