Genting Malaysa Bhd might be learning an important lesson the hard way: Hollywood protects its property. Disney and Fox are teaming up to countersue the casino operator over a failed theme park. 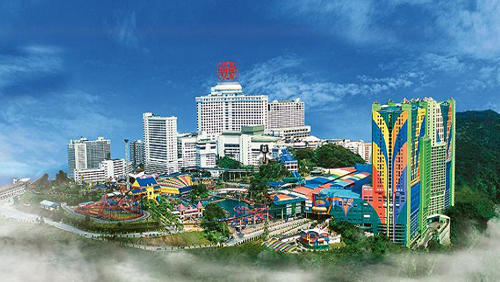 The Hollywood Reporter has the news on the January 22 counter-suit. Fox claims that the theme park they were partnered with Genting to build in Malaysia didn’t adhere to the “integrity of Fox’s intellectual property.” Now that it looks like the theme park won’t push through, Fox is claiming Genting is in breach of contract, and demanding $46 million in damages.

Genting had a deal with Fox to build a “Fox World” theme park nearby its own Resorts World property in Malaysia.

This fight sparked off in November 2018, when Genting sued Fox and Disney for $1.75 billion. The original suit alleges that Fox was slowing down the deal and eventually backed out of it completely. They put blame on Disney for souring the deal, because of the Mickey Mouse corporation’s upcoming $71.3 billion buyout of Fox, and their distaste for being associated with gambling operations. Fox defended themselves at the time by saying the allegations were “simply made up.”

Now in their counter-suit, Fox is blaming Genting for the deal falling through in the first place because of sloppy planning. The filing states:

“Genting built buildings that were too tall for the themed faccades [sic] constructed to house them, built parade floats that were so large that they left no room on the street for spectators, built an attraction without including the designed (or any) evacuation route, and routinely had to retrofit, if not tear down, its prematurely built structures to accommodate either Fox’s approved plans or the intended use of the project.”

Genting responded to these new allegations through their attorney, John Berlinski. He said, “Just two months before termination, Fox was more than willing to open Fox World, but only if Genting paid them well in excess of the amounts the parties originally agreed upon.”

This isn’t the first time that Disney and Genting have been to battle. Disney has long fought against casino expansion in Florida, donating millions to legislators to ensure the likes of Genting can’t build there.