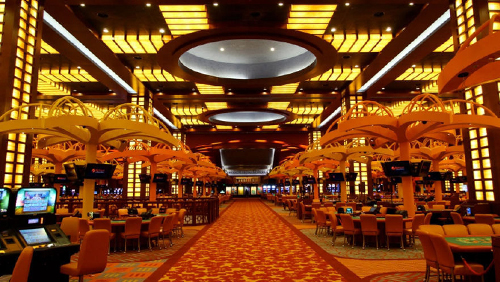 Resorts World Sentosa in Singapore, operated by a subsidiary of the Genting Group, has received an extension of its license. The Casino Regulatory Authority of Singapore approved the extension last week, allowing the integrated resort (IR) to remain operational for at least another three years. The extension takes effect as of tomorrow.

The integrated resort is operated by Genting through a subsidiary of its Genting Singapore subsidiary, Resorts World at Sentosa Pte Ltd. It opened in February 2010 and is one of two integrated resorts on the island of Sentosa – the other being Marina Bay Sands – that offer dedicated casino gambling spaces. Both were authorized by Singapore officials in the late 2000s.

Despite only authorizing two IRs to operate with casinos, Singapore has quickly evolved into a major gambling hub, alongside Las Vegas and Macau. It has been stated that its casino framework was the basis upon which Japan formulated its IR plans.

Genting is one of many companies battling in Japan for one of three IR licenses to be issued. It, along with operators such as MGM, Caesars, Hard Rock and others, are wheeling and dealing like used car salesmen to convince key cities to choose them as their gaming partners as the local governments prepare to submit their IR bids within the next couple of months.

Genting has an advantage in the IR fight against the other operators. Research firm Maybank Kim Eng indicated last year that it has a “huge net cash pile,” which gives it the ability to fund an IR without having to seek outside investments if it so chooses.

Genting also has one of the best stocks in the tourism industry. According to a chart published by the Singapore Exchange last month, company shareholders enjoyed a return of almost 11% as international travel to Singapore continues to rise. Singapore saw an increase of 6.6% to 16 million international visitors during the first 11 months of 2018.