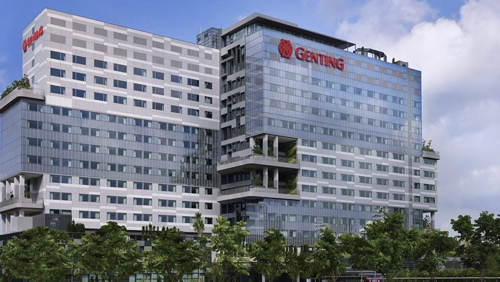 For the last quarter of 2018, Genting Singapore saw a 13.1% increase year-on-year for its net profit. It reached $111 million, compared to the $98.17 million a year earlier, propelled by a 20.1% increase in gaming revenue during the quarter. That revenue jumped to $328.37 million. Despite the better performance, some analysts are showing reservations and at least one has downgraded the company’s stock to “hold.”

Non-gaming revenue for the company increased by 4.9% year-on-year to $162.63 million – that revenue was just $155 million a year earlier. In its latest filing, the company didn’t provide a breakdown of VIP revenue against mass-market earnings, but that information had already been distributed.

The net profit calculations for the quarter included an impairment on trade receivables of $26.31 million. In the same period a year earlier, that amount was only $3.47 million. The company added in its filing, “As at December 31, 2018, allowance for impairment amounted to SGD239 million [US$176.64 million] and an impairment charge of SGD58 million [$42.86 million] was recognised for the year ended December 31, 2018.”

Union Gaming analyst Grant Govertsen explained of the company’s performance, “VIP volume grew 11 percent, or broadly in line with our expectations of +12 percent. VIP gross gaming revenue grew nearly 40 percent on the heels of a 70-basis-point increase in win rate to 3.4 percent.”

He added, “Downgrade to Hold. While our thesis that the company would have a stronger-than-anticipated VIP story in 2018 played out nicely (VIP volume +21%), and was a key driver of our decision to upgrade shares last May, the forward outlook is notably less compelling at this point. With shares up 30% since the October bottom, a largely stagnant mass market segment, and increasing question marks on VIP (despite less exposure to China than peers), we are downgrading to Hold. Valuation, however, remains very undemanding at just 8.1x 2019 EV/EBITDA [earnings before interest, taxes, depreciation and amortization] and 7.6x 2020, leaving plenty of upside potential should regional trends catch a tailwind, or should the company obtain a license in Japan (still likely one+ year away) and find a productive use for its cash war chest ($4.2bn gross, $3.2bn net) that continues to sit on the balance sheet.”