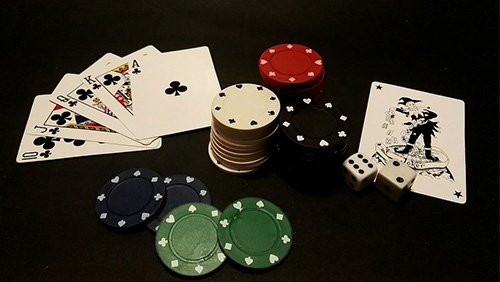 Bans on gambling advertising are becoming even more popular in Europe. While not a ban, per se, Spanish broadcaster Euskal Irrati Telebista (EITB) have announced they will no longer carry any gambling-related ads on their TV, radio and digital platforms, reports SBC News.

The Basque Country broadcaster issued a statement explaining the decision, claiming they were “protecting and safeguarding the right of the most vulnerable against the serious problems of addiction that gambling and betting can create.”

It’s not really a total ban though. ONCE lottery games will still be advertised. Statis betting odds will also be permitted during broadcasts of local football team Basque Pelota. So really, that’s a healthy amount of gambling advertising still.

They aren’t the first Spanish broadcaster to “ban” gambling advertising. TeleMadrid, also known as Radio-Television Madrid, were instructed to end their gambling-related content by the Assembly of Madrid.

Restrictions on gambling are expected to get stricter with time. The Spanish Socialist Workers’ Party (PSOE) won a snap election on April 28. While they were unable to get a majority of the parliament, they are expected to form some type of coalition. They are not supporters of gambling, so the EITB’s decision to limit gambling ads might simply be a move to stay ahead of the curve.

This shift will put Spain more in line with the recent moves of the U.K. and Italy. The U.K. has slowly made their regulations concerning gambling advertising more restrictive, requiring ads to not target children and removing them from football matches.

Italy has also put in a new set of regulations for advertising. While they were considered too restrictive at first, the country has relented to some degree, providing a bit more slack for operators to work with. Operators, who at first were unhappy with the new rules, are slowly coming around to appreciate what is trying to be accomplished, with one attorney declaring them “a work in progress.”

Considering the new Spanish government, and the already shrinking appetite for gambling ads, the Spanish sector of the industry is likely to stall. The country has seen gambling growth slow for the past three years now.