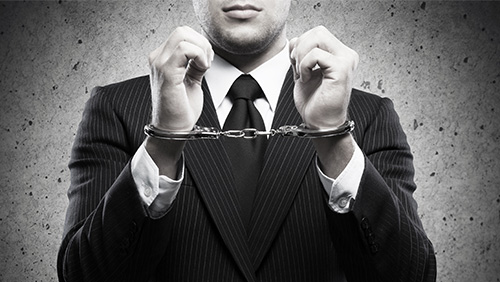 Last year, Vietnam busted a major gambling ring that reportedly saw action worth over $420 million. After police swooped in and started making arrests, they launched an investigation to try and determine how widespread the group was and a high-ranking political figure has now been arrested and charged for his role in the operations.

The Vietnamese Information Ministry’s chief inspector, Dang Anh Tuan, is currently being detained for allegedly being involved in the illegal gambling ring. Police investigators have uncovered evidence that Dang was possibly assisting the gambling ring’s leaders, as well as protecting them from any potential police action. That last part apparently didn’t work out too well for either the leaders or Dang.

Police have now raided the 49-year-old’s home and his office in Hanoi. However, no information is available regarding the outcome of those raids.

In 2016, the Information Ministry learned of the possibility that an illegal gambling ring was operating in the country. Dang, in his position as chief inspector, was assigned to investigate the tip, only to subsequently report that he didn’t find any evidence of wrongdoing. He also convinced the ministry to drop the investigation.

It would appear that Dang took advantage of his position to make a deal with the gambling ring to protect it going forward, which allowed it to flourish. However, he couldn’t keep the secret under wraps forever and the truth finally began to surface last year.

Two other high-profile individuals have already been busted for their roles in the scandal. The former director of the Information Ministry’s Department for High-Tech Crime Prevention, Nguyen Thanh Hoa, was found to have been complicit in the ring and was identified as a key member of the group. Phan Van Vink, the former director of the General Police Department, was indicted on the same charges.

In total, 90 people were arrested for their alleged involvement in the ring. They were charged with different crimes, including organized gambling, money laundering, illegal trading of invoices and misappropriation of assets. 17 of those arrested have been fined $1,724 each, 22 were placed on probation and the remainder were given prison sentences of up to three years.