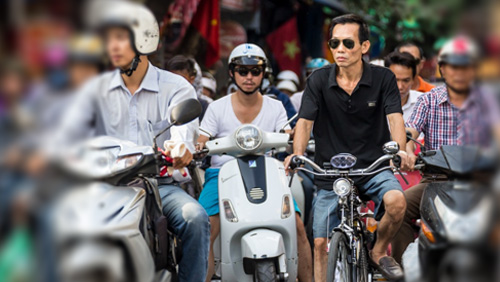 It appears some U.S. government officials have a dim view of the Vietnamese population. As Vietnam initiates a trial project to see if locals should be allowed to gamble, the U.S. State Department has issued a report stating that, if they are, there will be a substantial increase in money-laundering activity.

In the newly released 2019 edition of the International Narcotics Control Strategy Report issued by the State Department, the government body asserts, “In 2018, Vietnam granted its first pilot licenses to local casinos, increasing its money laundering risks if authorities do not ensure these establishments effectively implement and enforce anti-money laundering (AML) standards.”

The report is prepared by the State Department’s Bureau of International Narcotics and Law Enforcement Affairs (INLEA). It was released in March and further identified “newly-legalized local casinos” as a factor that will increase Vietnam’s exposure to illicit financing in the coming years.

The INLEA points out that both Macau and the Philippines have seen persistent illicit activity due to casino-related loopholes, adding that a number of Asian destinations are “major money laundering jurisdictions,” including Macau, Malaysia, the Philippines and Vietnam.

The report states, “Money launderers continue to use offshore centers, free-trade zones, and gaming enterprises to launder illicit funds. These sectors can offer convenience and, often, anonymity to those wishing to hide or launder the proceeds of narcotics trafficking and other serious crimes.”

However, the State Department did point out that there is some positive activity coming out of places like Macau and Vietnam with regards to money laundering. It noted that both are taking stricter action toward approving and overseeing junket promoters, which should help to have an impact against the illicit activity. It singled out Vietnam, highlighting how the country has “prosecuted over 90 defendants associated with a prohibited online gaming enterprise” and money laundering.

INLEA adds, “Asian organized crime groups, including triads, are active in the gaming services and involved in illegal activities such as drug trafficking. This mingling of licit and illicit activities, together with the anonymity gained through the use of a junket operator in the transfer and commingling of funds, as well as the absence of currency and exchange controls, present vulnerabilities for money laundering.”