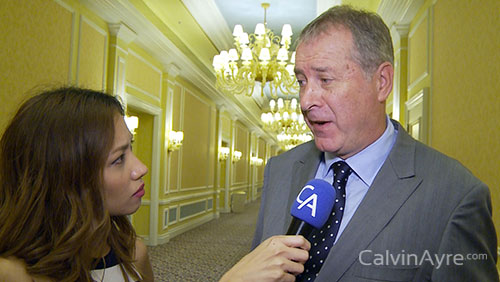 In this interview, Shaun McCamley of Global Market Advisors tells CalvinAyre.com’s Stephanie Raquel what Vietnam’s new prime minister should do in order for the gambling industry to thrive and take flight.

A sense of optimism is sweeping Vietnam’s gambling industry nowadays.

In April, this Southeast Asian nation has seen a change of leadership under Prime Minister Nguyễn Xuân Phúc. Two months after Phúc’s ascent to power in Vietnam’s influential Communist Party, the Lottery and Gambling Division of Vietnam’s Ministry of Finance (MoF) announced that it submitted a long-awaited draft decree, which will allow Vietnamese residents to gamble in casinos for the first time.

While many sees this development as an encouraging sign, Shaun McCamley of Global Market Advisors said it is too early to tell whether Vietnam is going to implement pro-gambling laws.

After all, Rome isn’t built in a day – and so is Vietnam’s gambling industry.

“The fact of the matter is they are still requiring a $2 billion investment, if you don’t have locals allowed to play, and a very high tax structure, it’s up to 35 percent, it’s up around Macau levels for a gaming tax. So when you put things together, it’s not very attractive for investors at this point in time,” McCamley told CalvinAyre.com.

In order for the communist nation to be able to compete with other regional gaming hub like the Philippines and South Korea and to eclipse the growth of Cambodia, McCamley thinks that the government should revisit its taxation, its level of investment, and allow locals to play.

“I just read an article yesterday where a consultant is saying that a $250 million would be a much better investment in terms of your return of investment. But I don’t think that’s ever going to happen. For 250 million dollars today, you are not going to be competitive anyway. I think Vietnam is going to be a little bit of tough,” he said.

McCamley doubted whether these pertinent laws, such as the local gaming decree and the casino decree, will finally be enacted this year despite the recent developments in Vietnam’s gambling laws.

“Things never happen easily in Vietnam as we know, there’s always be challenges. What we hear is the fact, I think those are going to be, probably a little bit slower coming now,” McCamley said. “The previous prime minister is very keen to get locals gaming pilot license in place. But I think with this new change, it’s going to be a little bit longer coming. I can’t see happening this year. I think maybe, if it is going to progress, would be maybe Q1, Q2 next year.”

Should Vietnam to relax its gambling rules further, McCamley still believes that the gambling market will remain “quite tough” given that it is following the Singapore gambling model.

“I think the gov’t has been clear that they favor the Singapore model, where there’s an entry fee that people have to pay, there’s in-built safeguard where the family can really almost ban their family members from going in if they feel there’s issue on problem gaming involved,” he said.

David da Silva is grateful for the return of live sport
Video
30 December 2020
.