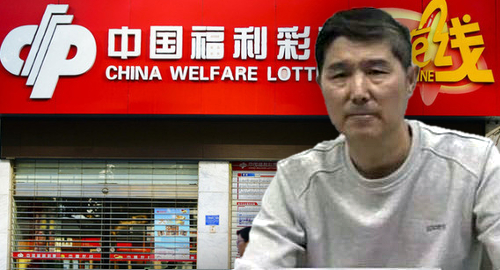 China’s lottery sales suffered their second straight month of year-on-year declines, while a former lottery boss will be suffering in prison for a lot longer.

On Tuesday, China’s Ministry of Finance announced that combined welfare and sports lottery sales totaled slightly under RMB35b ($5.2b) in March, around 13% less than sales in the same month alst year. This marks the second consecutive month that sales have fallen, and March’s decline was much larger than February’s 8.8% fall.

China’s lottery sales had been on a fairly uninterrupted tear for the past three years, setting new records for annual sales, including last year’s RMB511.5b, which was up nearly one-fifth from 2017’s haul. In April 2018, the sports lottery overcame its traditional second-fiddle status and the welfare lottery hasn’t come close to regaining its crown ever since.

Speaking of, this month brought word that a Chinese court had sentenced Feng Lizhi, a former deputy director of the China Welfare Lottery Issuance and Management Center, to 17 years in prison for corruption. Lizhi (pictured) was one of several high-profile lottery officials who publicly confessed to “systematic corruption in the lottery field” last year.

Lizhi, whose sentence was handed down in February but only made public this month, admitted taking bribes of RMB5.8m and his crimes reportedly cost the government RMB160m in lost lottery revenue. Lizhi received 12 years on the bribery charges and another six years for abusing his office, but the court knocked one year off his sentence in exchange for a financial penalty of RMB1m. The 58-year-old Lizhi is unlikely to serve anywhere close to his full term, as his lawyer said he suffers from advanced lung cancer.