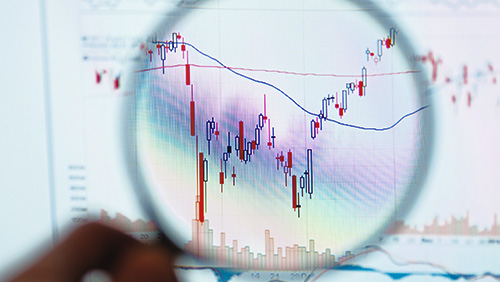 The AGEM Index, compiled each month by the Association of Gaming Equipment Manufacturers (IGEM), saw the prices of shares drop last month. According to the association, the shares in gaming equipment suppliers decreased by 11.27 points to 452.46. This was a 2.43% decline from the previous month and a drop of 10.5% year-on-year.

The index was created to track the prices of the stocks of 13 gaming equipment suppliers. Of those ten are traded in the U.S., one each in Taiwan and Japan and the remaining two in Australia. It tracks the price at the end of each month, making adjustments for splits and dividends. Each stock is weighted according to market capitalization and the index, in use since January 2005, builds on a base of 100 points.

Those that dropped the index the most were Scientific Games and International Game Technology Plc (IGT). Scientific Games, coming off a major lawsuit that saw it forced to pay out $151 million, lost 29.73% of its stock’s value on the NASDAQ, with the price shrinking to $20.42. This resulted in the index losing 8.87 points.

Out of all the major indices of stock prices in the U.S., the AGEM Index performed the worst in March. The Dow Jones Industrial Average increased by around 0.1%, the NASDAQ index rose 2.6% and the Standard & Poor’s 500 index increased by 1.8%.

AGEM represents manufacturers of gaming equipment such as electronic lottery systems, internal components, gaming devices and more. It was created to help campaign for the interests of gaming equipment manufacturers and suppliers across the globe and, in a report released Wednesday (in pdf), stressed that the gaming supplier industry and generated a total economic impact of $55.8 billion. This was supported by 202,000 employees, for which $14.1 billion in wages and salaries was created in 2018.

The association’s executive director, Marcus Prater, asserts, “Existing suppliers are growing and new players are entering the space and this report accurately reflects a dynamic sector that is focused on innovation for gaming markets throughout the world. In summary, the report paints a picture of a healthy overall gaming industry where commercial casinos and tribal properties are capitalizing on advanced technologies and game content from a vast array of creative suppliers to grow their business while providing their customers with new and exciting forms of entertainment.”