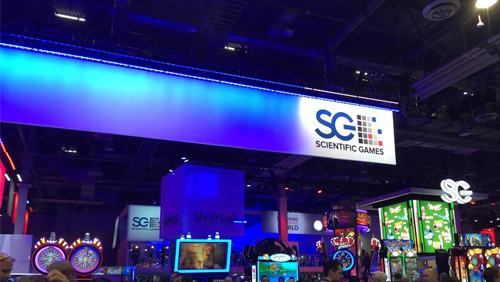 Scientific Games (SG) thinks its social gaming business is ready to be publicly traded. According to the company, it has filed an initial public offering (IPO) application with the U.S. Securities and Exchange Commission (SEC) for what it will call “SciPlay” and that would be traded on the NASDAQ Global Select Market exchange under the ticker symbol “SCPL.”

Social gaming encompasses games that are free to play; however, they offer in-game items that can be purchased in order for the developers to earn revenue. SG has said that its gross gaming revenue from social gaming reached $416.2 million in 2018, 15% higher than a year earlier.

SG is behind games such as Gold Fish Casino Slots, Quick Hit Slots, Bingo Showdown, Jackpot Party and MONOPOLY Slots. The company reportedly has as many as 1,800 social casino games available.

During a recent earnings call with investors, SG CEO Barry Cottle addressed the possibility of an IPO. He was asked by an investor about the potential and responded, We are considering a possible initial public offering of a minority interest. The process is moving along. We anticipate that the proceeds from the IPO would primarily be used to repay debt.”

That would make sense, as SG, according to its fourth-quarter financial report, is carrying around $8.7 billion in outstanding liabilities.

Cottle added, “… [W]e obviously have restrictions related to the SEC that prevents us from saying a lot on this right now. But our motivation is obviously to unlock value of social … and then secondarily to help us use the proceeds to pay down debt and deliver the business from a motivational perspective.”

2018 wasn’t kind to SG. It had to pay $315 million to competitors over a case stemming from the creation of “sham patents” and “frivolous lawsuits” in order to control the automatic card-shuffling market. That ultimately led the company to report a loss of $351.6 million in the third quarter. The company appealed and the amount was reduced to $151.5 million, but SG has still seen its stock price continue to suffer as a result and is currently trading at around 50% of what it was a year ago.