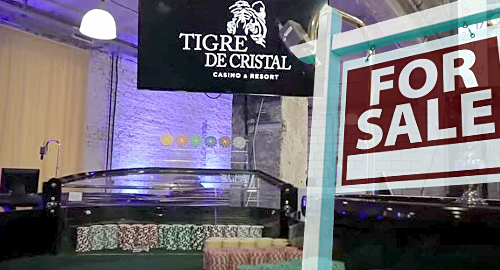 Russia’s largest casino appears poised to bid goodbye to its Taiwanese investors, potentially to the benefit of gaming and travel operator Suncity Group.

On Tuesday, Summit Ascent Holdings, the Hong Kong-listed entity that holds a 60% stake in the Tigre de Cristal casino in Russia’s far east Primoyre gaming zone, announced that its board had been informed by First Steamship Company Ltd and Summit Ascent chairman Kuo Jen Hao that they have “been approached by a third party to acquire their entire shareholdings” in Summit Ascent.

In addition to being Summit Ascent’s chairman, Kuo is also chairman of the Taiwan-based First Steamship, which acquired a 12.67% stake in Summit Ascent in December 2017 from Melco International Development boss Lawrence Ho, who exited the stage to focus on his casino expansion opportunities in Cyprus and (possibly) Japan.

The identity of the third party interested in the “significant” holdings of both Kuo and First Steamship remains a mystery, but the finger of suspicion is pointing firmly at Suncity Group Holdings Ltd, which held a 3.29% stake in Summit Ascent as of last November and boosted that stake to an undisclosed level in February.

Suncity has been strengthening its ties to Summit Ascent since last December, when Suncity’s Andrew Lo Kai Bong was appointed a non-executive director of Summit Ascent. In January, the two companies announced that they were moving in next door to each other in a Hong Kong office tower.

Last month, Summit Ascent reported a modest profit from Tigre de Cristal’s operations in 2018, even as gaming revenue suffered a slight dip last year. The company also announced it was pushing back the opening of Tigre de Cristal’s second phase until summer 2021 due to design changes that followed its change in “substantial shareholders.”

Suncity Group Holdings is the publicly traded offshoot of the privately held Suncity Group, the Asian casino sector’s dominant junket operator. Both companies are majority controlled by Alvin Chau. The public company has been getting more involved in casino operation, having taken significant stakes in casino projects in Cambodia and Vietnam, and recently announced plans to acquire “partial stakes” of Paradise Co Ltd’s casino in Busan, South Korea.