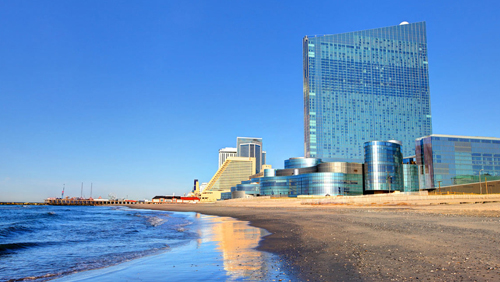 Employees at Ocean Resort Casino in New Jersey have been working on a plan to unionize almost since the venue opened last year. They are now gaining traction with their efforts and have made significant process after the New Jersey State Board of Mediation (NJSBM) gave them its approval to proceed.

The NJSBM gave the go-ahead last Thursday after verifying that the workers met the minimum requirement to join a union. According to federal law, at least 50% of a company’s workforce must agree to unionize and, in the case of Ocean, 74% of the more than 1,300 employees indicated that they were in favor of the deal.

The employees would be represented by the UNITE HERE union through its Local 54 office. That office already represents a large portion of the casino and hotel workforces in Atlantic City, with almost 8,500 employees on its list. The union targets employees such as housekeepers, cocktail servers, cooks, bartenders and other employees.

Local 54’s president, Bob McDevitt, said that the support to unionize was “overwhelming” and that the results were “really satisfying.” He added, “(Ocean Resort) acted in good faith and we’re looking forward to sitting down at the table with them.”

Ocean held a soft launch last June. Only a few short months later, the casino was approved for temporary relief of a $31-million requirement, which was then subsequently extended another month. The casino was reportedly not operating in compliance with regulations established by New Jersey’s Division of Gaming Enforcement and, on February 6 of this year, saw it forced to accept a divestiture trust agreement that would allow it to continue to operate while it was being acquired by another company.

That company is Luxor Capital Group, which had backed Bruce Deifik when he purchased the property under its previous name, Revel, in January last year. It isn’t known how much Luxor, owners of several casino properties, paid for the venue, but Deifik’s acquisition had been worth $200 million.

As both Revel, and now Ocean, the property has never been able to develop a strong footing, which could be one of the reasons the employees want to unionize. Revel initially opened in 2012, declaring bankruptcy less than a year later. It reopened briefly in 2013 and then filed for bankruptcy the following year. It then remained shuttered until purchased by Deifik.