Home / Business / The Mouthpiece: DOJ mind games vs the future of iGaming 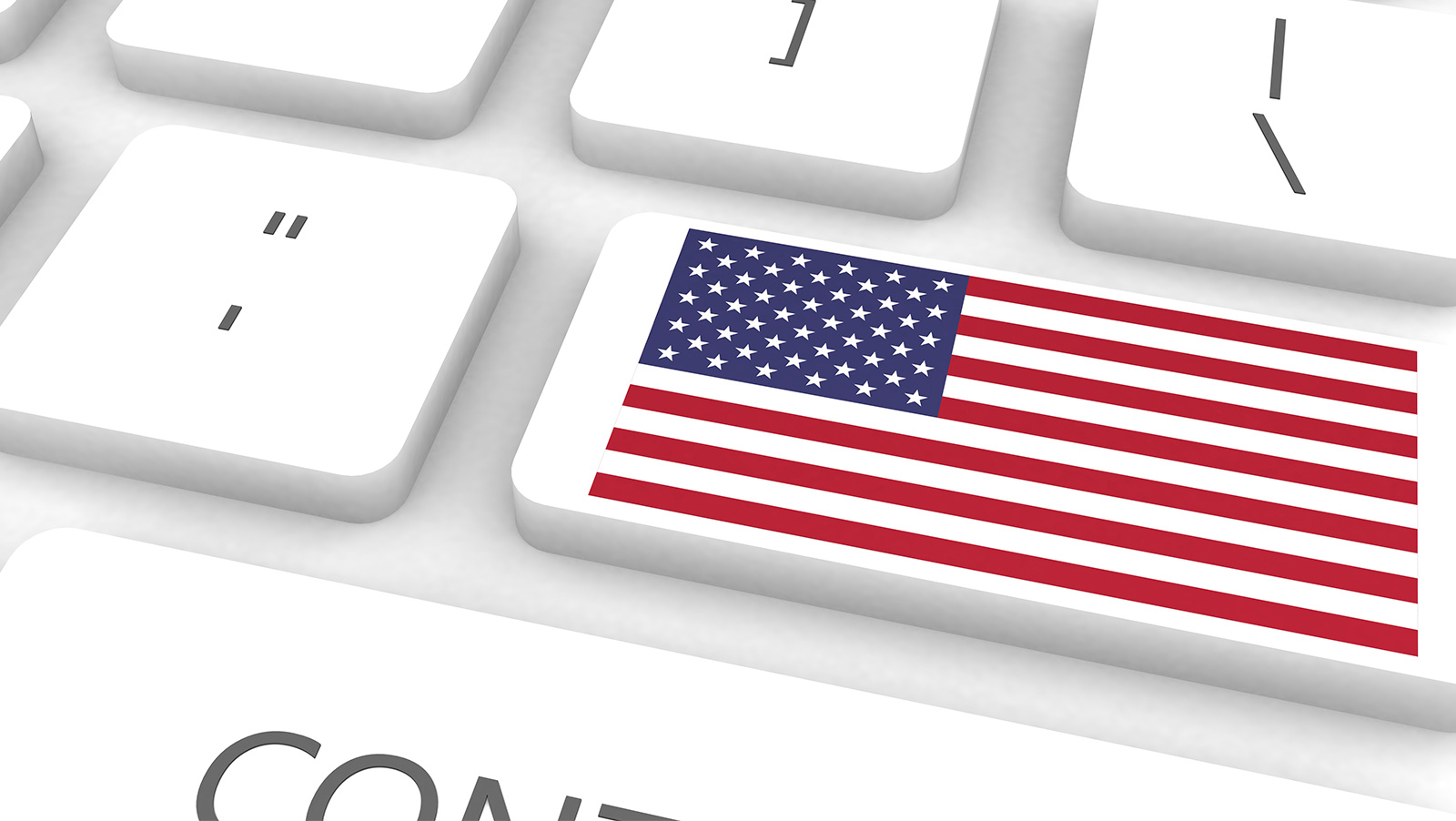 “The hardest tumble a man can take is to fall over his own bluff.”

There will be extensive commentary on the state of New Hampshire‘s lawsuit against the DOJ reversal of opinion regarding the Wire Act (18 USC 1084). But the most important aspect of the whole controversy is scarcely discussed at all: why? And especially, why now?

The first thing to realize is that this is nothing new. The alleged legality or illegality of Internet gaming in the USA has mostly been dictated by the social policies of whoever is in the White House at the time.

When the first online casinos opened in 1995, it was not a big deal for the Clinton administration. The main emphasis in expanding gambling at the time was on state-level efforts. Casino gambling came to New Orleans as well as Atlantic City. And riverboat gambling reached as far as conservative Iowa.

But during the Bush administration, iGaming became noticeable. The number of online casinos passed 2,000, with a total gross of over $1 billion at the turn of this century. That administration was against Internet gambling, and under Bush the DOJ lost no opportunity to lean on the industry.

Even so, it was a strange sort of campaign. The problem, for the government, was jurisdiction. The big question, simply put, is this: suppose Joe Bettor, resident of State X, should get on the Internet and access Game, a gambling webpage whose server is in the Republic of New Ralgia, and Game has no other contact with State X. Does Joe’s contacting that webpage, without more, establish State X jurisdiction over Game? To this day, there has been no coherent judicial analysis of why this should be so or not. There have been plenty of pronouncements, especially from state courts, but these all have been essentially ipse dixit (It’s so, because we said so. Now shaddup and sit down).

During the Bush years, the Bush DOJ did not actually institute a broad-based, take-no-prisoners offensive against iGaming. Rather, it took very specific, limited and very public-action against very specific targets. Where actual gambling businesses were targeted, only sports betting was mentioned in the charges, even though DOJ maintained that the Wire Act covered all Internet gambling.

Then, too, defendants were often not charged with actually violating the Wire Act but rather with conspiracy to do it. There’s a significant difference. A conspiracy to commit a crime is a crime all by itself, a Federal felony with a possible five-year sentence. Prosecutors don’t have to prove any bet was transmitted to another country, only that there was an agreement to do so and somebody did an “overt act” in furtherance of the conspiracy.

And the number of violations alleged was also unusual. Cohen, star of the World Sports Exchange case, took in approximately $5 million in bets, from 1,600 customers. Yet he was only charged with one count of conspiracy, two counts of transmitting information and five counts of transmitting bets.1 Similarly, PayPal and Neteller were detained for alleged “money laundering,” but on one count each. This too was strange, because such payment companies had obviously handled millions of dollars and millions of iGaming transactions. But they were allowed to go on their way after a public mea culpa and a hefty fine.

These may have been shaky charges and weak cases, but at bottom they added up to a pattern of intimidation. By threatening defendants with long, expensive court battles, DOJ was able to turn incidents such as these into PR victories. Which was all they really wanted.

It is also very important to note what DOJ did NOT do: it did not go after a perfectly obvious target, namely interstate horse betting. The racetrack industry, foundering after decades of neglecting its customer base, hit on the solution of pooling bettors from across state and even international jurisdictions. DOJ loudly expressed its hostility toward these arrangements, but there were no indictments handed down, even though state governments represented an easy target.

Because automated off-track betting represented a significant source of income to the states which allowed it. Income that they were willing to fight for. For Bush and Company, the political price of such a battle was too high And so, they hit on the strategy of intimidation, rather than vigorous and meaningful prosecution. Effective banning of Internet gambling would have involved shutting down the Internet, surely a losing battle. Therefore, DOJ’s strategy was to make examples of vulnerable iGaming businesses and their supports, such as banks. Not ruinous examples, but examples. What DOJ under the Bush administration was doing was maintaining the illusion of control, while figuring out how to retreat in good order.

Under Barack Obama, iGaming law took another turn. In 2011 the Obama DOJ reversed its previous stance, and agreed with existing case law on the subject, namely that the Wire Act was about sports betting and sports betting only.

This is extremely significant; in many ways it was a green light for the push to license non-sports betting at the state level. Online poker made its appearance, much slower and much smaller than anticipated, but it was a start nonetheless. In the meantime, states began to explore the possibility of using online sales to boost the bottom line of their state lotteries. Finally, in May 2018, state efforts, principally those of New Jersey, paid off when the Supreme Court struck down PASPA, the law which had forbidden states and tribes to legalize their own sports betting.

So the last hurdle was finally down, and Internet gambling was all set to expand throughout the country. Right? Um, no, actually. In January of this year, the DOJ proclaimed that it was reversing its reversal: that from now on, all Internet gambling broke the Wire Act after all.

Certainly, as a tactical proposition, DOJ has chosen the worst possible time to change its stance. Before 2011, Internet gambling was a going concern, already quite profitable, but none of it was based in the USA apart from the racetrack betting arrangements between the states.

But there is more—a lot more. Right now, enterprising publishers and designers are fielding games that do not fit under the legal definition of “gambling,” even though they have the same fast action and possibilities of reward that was once the exclusive territory of brick-and-mortar, state-licensed gambling. When gambling went digital and online, new possibilities opened up for mixing elements of various games. This had not really been possible before. It was now feasible to mix and match various features of various formats, to come up with what amounted to completely new games. Games that had evolved out from under the existing legal order.

And the most important thing, concerning all this, was that these games and formats were and are making actual money for the respective licensing states, all of whom need the revenue. And so we have to ask: why, oh why has DOJ chosen to act against Internet gambling now? Why wait until that gambling was a growing and profitable concern? Trying to take that away was as good as a written guarantee of a big fight. The New Hampshire action is only the beginning. DOJ’s bluff has been called, and it will continue to be called, until there is nothing left of it.

The reasons and the real reason

What has motivated DOJ to try to move against Internet gambling only now? A number of commentators say that this is a political payoff—that a certain very generous donor to the Republican Party considers Internet gambling a threat to his existing business, and so wants it strangled. Trouble is, simply changing a departmental opinion won’t do the job. To be sure, a DOJ pronouncement of this kind can be very influential, but the fact remains it cannot and has not changed statutory law, or overruled any of the existing case law on this subject. And the existing case law categorically states that the Wire Act covers sports betting, and only sports betting, forever Amen. 2

And normally, that would be the end of it. Everyone in DOJ understands that they might have to support policies that don’t jibe with their individual politics or personal opinions.

So what are they really fighting? What is there about this arrangement that is all of a sudden intolerable?

The answer is—surprise!—the Internet itself. That’s right. One of the dirty little secrets of American politics is that American authorities, while taking credit for encouraging the expansion of the Internet and online commerce generally, often hate the Internet and what it has done.

Before the Internet, governments could promise free speech and expression while still having the last word. There was freedom of the press, but most people didn’t own a press or a broadcast station. Those that did could be quietly controlled through licensing, antitrust, securities law and so forth. It cost governments nothing to lend rhetorical support to individual freedom of action. The power was still there.

But the Internet upset that balance, badly. And permanently. Today’s web and social media not only make the old promises come true, but come true unsupervised. Today any individual possesses communications power that was once the exclusive preserve of medium-size corporations and up, or governments themselves. And they can communicate directly, no moderators, editors, or supervisors. This has not only changed commerce, but the relationship of government to the governed. Government is no longer “the only game in town.” Individuals may choose to exist, more or less permanently, in worlds of their own choosing. And for mid-level authorities whose power used to be unanswerable, it has raised the specter of a successful counter-society, an alternative power base.

Which is the last irony. In regard to the business of online gambling, that fear is groundless. Gambling is all about risk and money. No more hard-nosed, practical, down-to-earth business philosophy could be found. Online gaming operators, the businesses that support them, and even the players themselves would gladly subscribe to rational regulatory regimes, the better to make profits and payoffs safe and predictable. It’s true that the new digital and online empowerment of individuals cannot now be erased. Great trouble to the status quo may yet come of it. But it won’t be coming from online and interactive gambling.