William Hill is becoming increasingly more entrenched in the U.S. and continues to expand its footprint. In the latest step forward, the sports gambling giant has now taken over the race and sportsbook operations for Golden Entertainment out of Las Vegas. According to a report by CDC Gaming Reports, it is now running the show at the sportsbooks of the Aquarius Casino Resort in Laughlin, Arizona Charlie’s Boulder in Las Vegas and Arizona Charlie’s Decatur, with plans to operate another sportsbook currently being built at The STRAT, which will open next month. 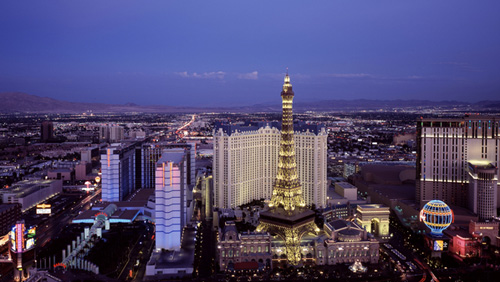 The global sportsbook already had an agreement with Golden Entertainment that saw it managing the sportsbook at the Pahrump Nugget, as well as offering full-service kiosks at the Lakeside and Gold Town casinos. William Hill has also been installing gambling kiosks at approximately 80 taverns owned by Golden and in third-party-distributed gaming locations across the state. Two other properties that were recently acquired by Golden – Edgewater and Colorado Belle in Laughlin – will also continue to have their sports gambling operations run by William Hill.

According to William Hill U.S. CEO Joe Asher, “The addition of the four new casino resorts marks an exciting new chapter in our relationship with Golden Entertainment. We look forward to working together to offer sports fans an amazing experience for many years to come in Nevada and elsewhere as opportunities arise.”

Steve Arcana, the chief operating officer for Golden, added, “We are excited to continue expanding our relationship with William Hill, which has a proven sports wagering platform not only in Nevada but around the world. We look forward to growing our business in Nevada and other jurisdictions through this partnership.”

The acquisition of the new properties in Nevada is just one more push for what has become the largest sportsbook operator in the U.S. Up next, William Hill and Golden are going to tackle Montana and Maryland if those states approve sports gambling legislation. Golden already operates distributed gaming in Montana, providing services to around 300 locations, and owns the Rocky Gap Casino Resort in Maryland.

William Hill already has a number of other agreements in place across the country, as well. In addition to other deals, it has partnered with Prairie Meadows Racetrack & Casino, as well as Eldorado Resorts, which could soon see it launch in Iowa.