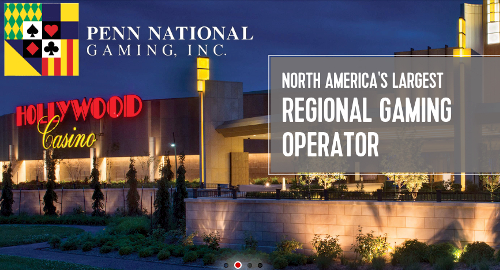 Casino operator Penn National Gaming (PNG) reported some eye-popping financial numbers to close out 2018 thanks to its Pinnacle Entertainment add-ons.

On Thursday, PNG released its Q4 earnings report, which showed revenue of $1.15b, an increase of over $386m from the same period last year. The outsized gains are attributable to PNG”s late-2017 deal for 12 Pinnacle properties, which received its final regulatory approvals last October.

The rest of PNG’s Q4 numbers are similarly skewed, with operating income shooting up $97.6m to $124.4m, while adjusted earnings were up $124.8m to nearly $324m (actually $133.5m after PNG paid landlord $190.4m in rent). But this knife cuts both ways; the company booked a net loss of $42m for the quarter thanks to the acquisition’s transaction costs.

PNG CEO Timothy Wilmott called Q4 “the end of a transformational year” for his company, having added over 10k warm bodies to its payroll in addition to those 12 gaming venues. Counting the recent additions of Louisiana’s Margaritaville casino and Detroit’s Greektown, PNG’s portfolio now boasts 42 venues spanning 19 jurisdictions.

PNG’s near-term focus will be on completing the integration of the Pinnacle assets and developing its two Category 4 ‘satellite’ casinos in Pennsylvania, Hollywood Casino York and Hollywood Casino Morgantown. PNG expects a construction timeline for both properties of 12-18 months, pending regulatory approval.

Earlier this week, PNG named Jon Kaplowitz its new senior VP of interactive gaming, a spot held for the last three years by Chris Sheffield, who’s off in search of those fabled other opportunities.

The Penn Interactive Ventures unit currently includes a free-play social casino, and will eventually include online casino and sports betting in Pennsylvania and other states in which PNG has a presence and the appropriate legislation is enacted.