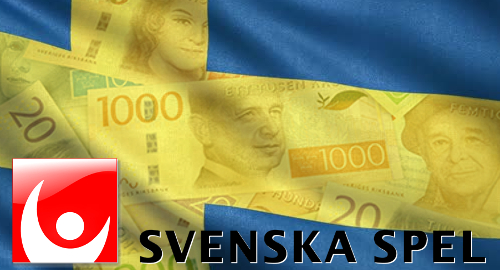 Svenska Spel’s mainstay lottery division was essentially flat at SEK1.32b but Sports & Casino division fell over 7% to SEK573m and the Casino Cosmopol & Vegas unit was down more than 10% to SEK491m.

For 2018 as a whole, revenue hit SEK8.78b, a modest SEK160m decline from 2017’s annual result, while profits were down 4% to SEK4.5b. Again, online was the star performer, with FY18 revenue shooting up one-fifth while mobile revenue was up nearly two-fifths.

The company blamed its Q4 profit shortfall on SEK78m in costs associated with preparations for Sweden’s new liberalized online gambling market. These preparations included finally adding casino products to its online offering and improving the payout to customers of its Oddset sports betting product.

Svenska Spel was also required to split its operations into distinct online and land-based operations to assuage complaints by international operators who maintained that the monopoly had an unfair cross-selling advantage from its existing customer database.

Svenska Spel CEO Patrik Hofbauer, who assumed the reins last December, said the adaptation to Sweden’s new market was “a huge effort in a short time.” Hofbauer claimed that his company was introducing its “new gaming experiences” to Swedish gamblers “aggressively and thoughtfully.”

SWEDEN GOV’T SUMMONS ONLINE GAMBLING LICENSEES TO TALK ADVERTISING RESTRAINT
Thoughtfully is the watchword, as the new liberalized online market is barely a month old and Sweden’s gambling regulator has already had to issue multiple warnings for operators to comply with the new mandatory self-exclusion policy.

Last week, Minister of Civil Affairs Ardalan Shekarabi suggested the country could follow the UK’s lead and impose a ban on all gambling advertising during live sports broadcasts. This week, Shekarabi summoned all 69 online gambling licensees to a meeting on February 14 to discuss their marketing activities.